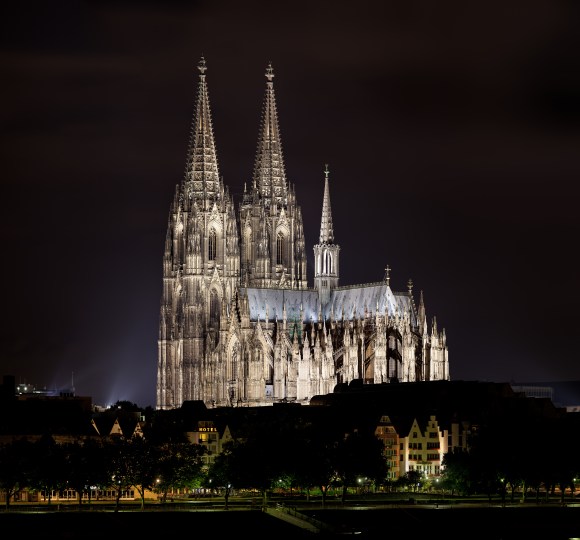 Magnus Manske, a Wikipedia contributor since 2001, was born and went to university in Cologne, Germany. The city’s famed cathedral is pictured here. Photo by Thomas Wolf, freely licensed under CC BY-SA 3.0 Germany.

Update, January 25: today is Magnus Manske Day. On this day in 2002, Wikipedia switched over the the so-called “Phase II” software, which was one of the first iterations of what we now know as MediaWiki. Jimmy Wales said at the time that “Wikipedians of the distant future will marvel at the day when the new software era dawned upon us. Tonight at dinner, every Wikipedian should say a toast to Magnus and his many inventions.”

The world and the Internet have been permanently altered in the last fifteen years: Altavista and Lycos, for instance, were the popular search engines of the day, and “Googling” something had three more years to come about. The concept of social media was nearly non-existent.

So it should come as no surprise that when Magnus Manske started editing Wikipedia in 2001, the encyclopedia was a very different place. Its home page in November 2001, now utterly dated, boasts of having 16,000 English-language articles—and the contributors could only dream of getting to 100,000. The page had no images, only black text and blue hyperlinks.

Manske told the blog that he vividly remembers this front page: “Back in 2001, Wikipedia was the new kid on the block. We were the underdogs, starting from a blank slate, taking on entities like Brockhaus and Britannica, seemingly eternal giants in the encyclopedia world. I remember the Main Page saying ‘We currently have 15 not-so-bad articles. We want to make 100,000, so let’s get to work.’ ‘Not-so-bad’ referred to stubs with at least one comma.”

“It was a ghost town, with just about no content whatsoever.”

Still, humor was not lost on the pioneering editors who were working towards a seemingly impossible and unattainable goal. When the subject of replacing the Wikipedia logo came up—at this time, there was no world-famous Wikipedia ‘globe’ logo; in its place was a quote from Thomas Hobbes’ Leviathan—one contributor referenced the infinite monkey theorem: “A million monkeys. A million typewriters. Wikipedia.”

At that point in time, even MediaWiki—the software that underpins Wikipedia and other wiki sites around the world—didn’t exist. However, the site’s growth posed problems for the original UseModWiki code, as it could not scale up to meet the demand. Manske coded a replacement for UseMod, which he called Phase II. It introduced a number of innovations that Wikipedia editors still use today, such as namespaces, watchlists, and user contribution lists.

However, even Manske’s code had to be rewritten a year later, as Wikipedia was growing explosively. That original goal 100,000 articles would have put Wikipedia in the same category of Brittanica; Manske said that based on Wikipedia’s initial growth, they thought they would hit 100,000 in ten years—and “even that seemed overly optimistic.”

In reality, it took only two. “Once we hit exponential growth, it all became a blur; suddenly, the rocket was off the ground. We tried our best to hold on and stay on course. Two months ago we passed five million articles, fifty times the number we hoped for.”

In the succeeding fifteen years, Manske has seen several life changes—in 2001, he was just another a biology student at the University of Cologne. His work on Wikipedia since then has heavily influenced his life. His current job in population genetics actually sprung out of it: “During my PhD, I got an email from a professor in Oxford who wanted to run a wiki in his lab, and he somehow heard that I am the man to talk to. He invited me over to the UK to give a brief talk and answer some questions, which I did. He then realized I was in biology and would be looking for a post-doc soon, and he was starting a group in Cambridge.”

Wikipedia has too. We asked Manske for his thoughts on where Wikipedia is today: 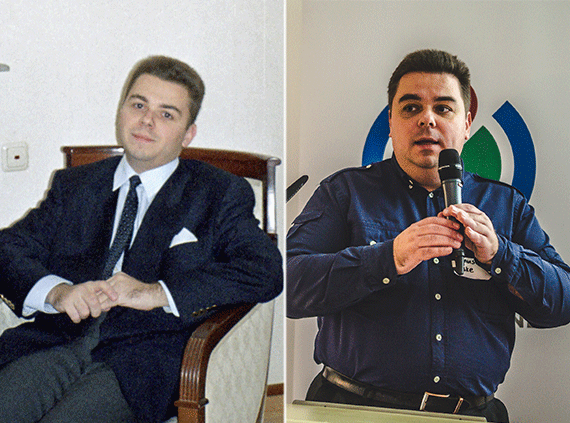