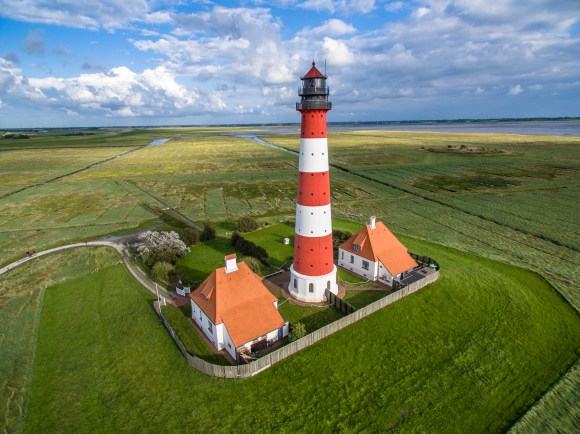 Wiki Loves Monuments 2015’s winner: an aerial photograph of a lighthouse in Germany. It’s available online, free for anyone to use, thanks to an open access Creative Commons license. Photo by Phantom3Pix, freely licensed under CC BY-SA 4.0.

The golden ceiling of a mosque in Iran, an orange and white lighthouse in Germany, the red roof of a Buddhist temple in Thailand. This year’s Wiki Loves Monuments photo contest winners glow with the colorful cultural heritage of the world. And the over 230,000 entries poured into Wikimedia projects with the help of Creative Commons licenses.

As photographers all over the world sent their photos into the contest, they did so with licenses from Creative Commons, the nonprofit organization that enables the sharing and use of creativity and knowledge through free legal tools. “Content no longer lives in silos,” says Ryan Merkley, chief executive of Creative Commons. “The ability to collaborate and share has revolutionized the world of free information.”

Founded in 2001, Creative Commons is today releasing its 2015 State of the Commons report, which shows Creative Commons licensed works have tripled in the last five years to more than 1 billion. By providing licenses for open works of education, data, science, research, music, photography and public policy, the global non-profit’s powerful affiliate network of researchers, activists, legal, education and policy advocates in more than 85 countries seeks to “drive a new era of development, growth, and productivity.” 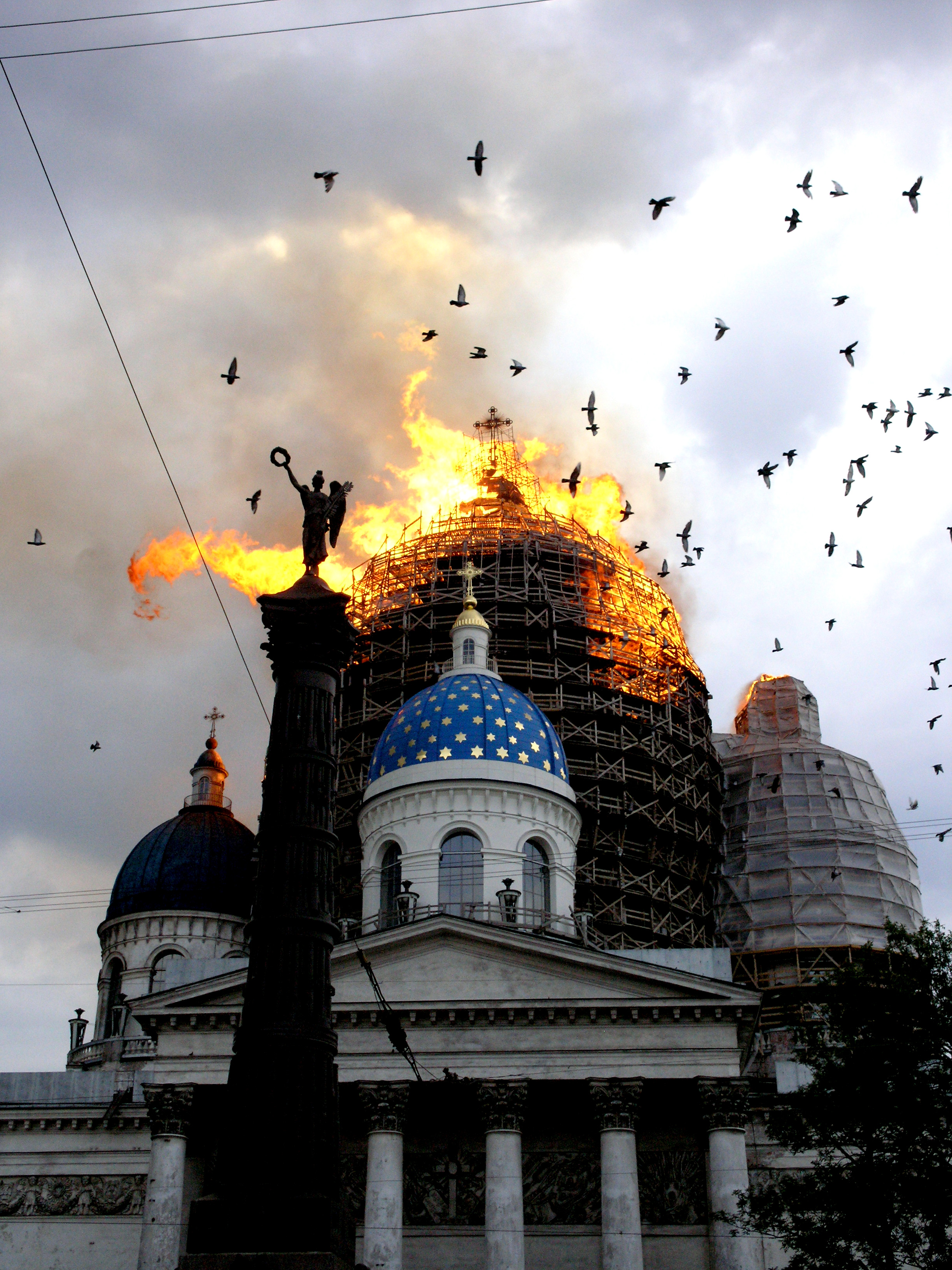 Images can be culturally important and vulnerable. Photo by Олег Сыромятниковens, freely licensed under CC BY-SA 3.0.

In a case such as Wiki Loves Monuments, images are not only beautiful, but culturally important—and vulnerable. A 2011 Wiki Loves Monuments entry featured the Trinity Cathedral in Saint Petersburg, Russia in flames, following a construction accident. Organizers said this underscored the importance of preserving the architectural marvels. “Our beloved cultural heritage is not forever,” says Lodewijk Gelauff, an organizer of Wiki Loves Monuments.

“Wikipedia relies on Creative Commons to make vast amounts of material available for the world to discover,” says Lila Tretikov, executive director of the Wikimedia Foundation. “Freely licensed images and works of the world illustrate and enrich the articles Wikimedia’s volunteer editors write each day, making it possible for people everywhere to share in knowledge.”

The 1 billion CC-licensed works online include nearly 391 million images, 47 million documents, 18 million videos, and 4 million audio tracks. In addition to importance of these images and media to the Wikimedia projects, they feature on YouTube, Flickr, the Internet Archive, and many other platforms.