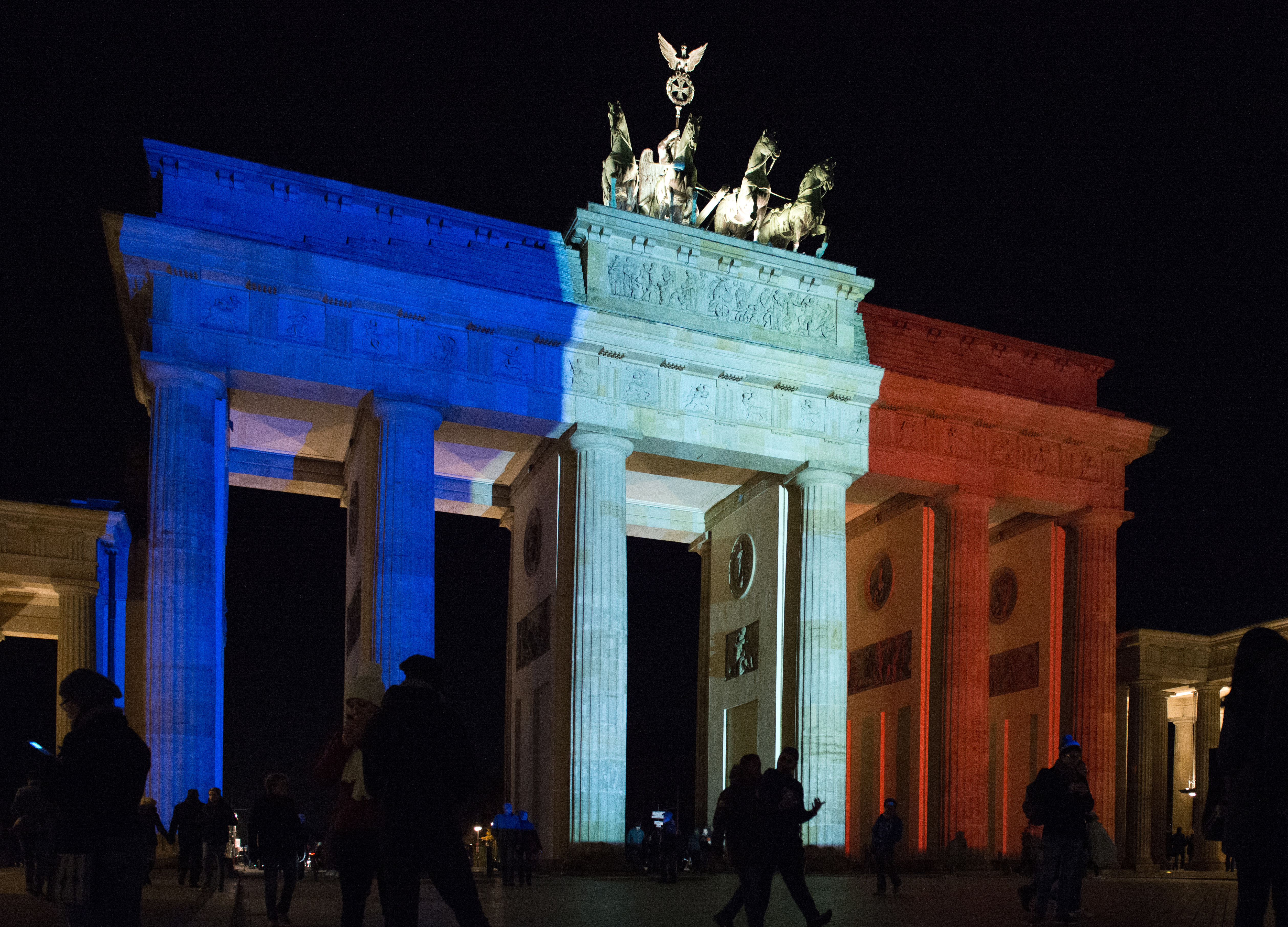 After the terror attacks in Beirut and Paris, Wikipedians responded with comprehensive entries on the tragedies. Photo by Sandro Schroeder, freely licensed under CC BY 2.0.

About an hour after the first terrorist attack in Paris on November 13, Gareth E Kegg—a veteran Wikipedia editor from London with thousands of edits who has created hundreds of articles—wrote a modest draft about the unfolding tragedy. An hour later, the article had ten referenced sources and hundreds of edits.

Kegg said he was inspired “to see so many outstanding editors collaborate and develop the initial article and keep off rumours and unsourced material.”

Around the globe, Wikipedians were collaborating to help make sense of the confusion and pain engulfing the world: “[We’re] doing what we can over at the Norwegian … Wikipedia[s],” one editor tweeted in reply to a Twitter message about Wikipedians updating the article.

The English-language article now has more than 250 sources and 4,500 edits, and the attack is covered in an additional 80 languages, which have been collectively read by millions of people.

The last few weeks have seen a number of atrocities committed around the world, claimed by various terrorist organisations. Wikipedians are changing how breaking news is gathered and reported by curating news from around the world to produce a constantly updated, crowdsourced view.

While Paris received much of the mainstream media attention, other attacks occurred in different parts of the world, and Wikipedians responded to those as well. Wikipedians are not guided by centralized editorial direction; the community pitches in and determines when an event or incident is notable enough for an article in Wikipedia.

On November 12, two suicide bombers attacked the Lebanese capital of Beirut, killing a reported 43 people. They detonated explosives in a commercial district of Bourj el-Barajneh, a southern suburb with a high percentage of Shia Muslim residents. The blasts injured hundreds of others.

Wikipedia’s volunteer editors responded as news of the horror spread, drafting the initial article based on reports available at the time. The initial draft contained five sources, including the New York Times, BBC News Online, Al Jazeera, and the Lebanese English-language daily, the Daily Star.

The article quickly grew to include international coverage and reaction to the tragedy, with further sources emerging from Israel, Qatar, and Kuwait.

As of publishing time, the article is the product of 67 authors and provides a thorough overview of the incidents in Beirut. An article exists in 24 languages—including Arabic, one of the primary languages spoken in Lebanon—and covers the tragedy itself as well as the investigation into the attack and background on the situation in the country, which neighbours Syria’s ongoing civil war.

Only a day after the bombings in Beirut, the terror attacks hit Paris, resulting in the deaths of 130 people—including 89 during a hostage situation at a sold-out music venue.

As media coverage of Paris increased, the Wikipedia article grew. Unlike individual news articles, which often provide only the reporting of a single outlet or journalist, Wikipedia’s editors synthesise their articles from a number of sources, triangulating information to identify truths, and combining the facts into a historical account of the night’s events.

Journalists and media experts cited the article as a valuable resource. “Astonishing how thorough @Wikipedia entry on Nov 15 #ParisAttacks already is,” tweeted a journalist in Scotland. 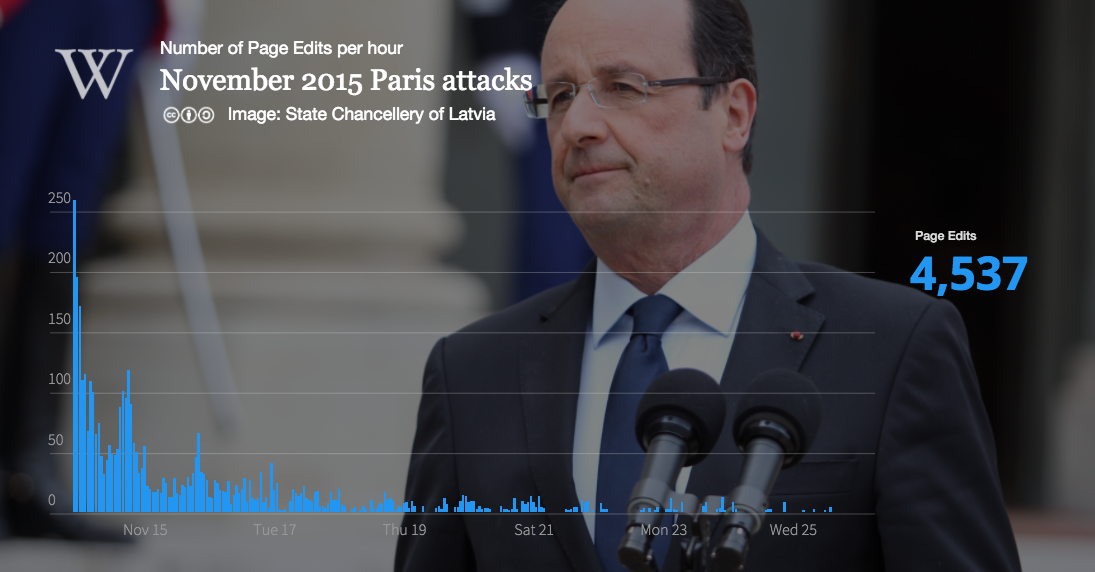 The article on the Paris attacks was the second-most visited on the encyclopedia for the week ending November 14. The majority of the 4,500 edits to the article came within days of the event, a pattern consistent with articles covering breaking news events.

The article continues to be edited and updated to reflect current coverage and knowledge. Just last week, the article was the third most-edited on the English Wikipedia, and hosted the second most-active discussion on its article talk page. It was the most-edited article by far on the French Wikipedia during the last week of November.

The political impacts of the attacks in both Paris and Beirut remains to be seen, but Wikipedians around the world have played their part in informing and updating a global audience. These communities of volunteers show that, in this digital age, the public have the chance to do more than simply wait for news reports. Editors and readers are, as the Wikipedian in Norway said on Twitter, “doing what we can” to make sense of difficult events as they unfold.