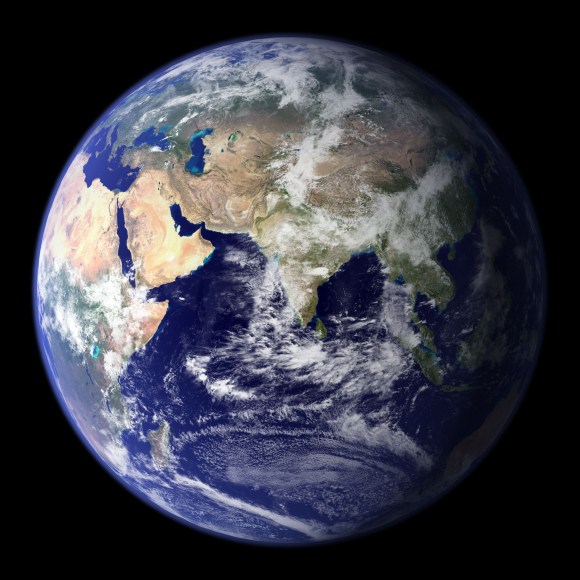 The Wikimedia Foundation relies on small donors to support a global slate of programs. Photo by NASA, public domain.

Today, Giving Tuesday, the Wikimedia Foundation kicks off its annual contribution campaign on the English Wikipedia to support Wikipedia and its sister projects. Wikipedia is supported predominantly by small individual donations averaging $15. Ahead of Wikipedia’s 15th anniversary, we are asking readers who value Wikipedia to help keep it growing for years to come.

Wikipedia launched on January 15, 2001 with a bold vision: to create a world in which every person could freely access the sum of all knowledge. Written entirely by volunteers, Wikipedia has since grown to be one of the most popular websites in the world. It offers more than 35 million articles across nearly 300 languages, and its articles are viewed each month more than 15 billion times. Together with its sister projects like Wikimedia Commons, which includes more than 29 million free images, videos, and audio files, Wikipedia helps people everywhere discover and understand the world around them.

For nearly 15 years, people have experienced the joy of knowledge through Wikipedia and its sister projects. Here are just a few recent examples:

Small donations allow the Wikimedia Foundation to keep Wikipedia and the other websites fast, secure, and available, putting this knowledge in the hands of people around the world for free. These contributions not only help maintain critical systems, but enable improvements in technology to keep Wikipedia relevant and easy to use.

The Foundation also uses donations to support the work of volunteer editors who write and maintain Wikipedia. We offer resources to people and organizations with great ideas that support the Wikimedia mission. We defend editors when they are threatened. We stand against censorship, and support open source, open licenses, and open access. We have programs that make Wikipedia freely available for people with limited access to expensive mobile data plans, believing they should have the same, unrestricted access to Wikipedia that others have enjoyed over the last 15 years. Donor contributions support these efforts.

To make a donation, click the fundraising appeal on Wikipedia, or go directly to donate.wikimedia.org.