Marc Venot may have only started editing Wikimedia projects in January 2015, but in those eleven months he has accumulated nearly 400,000 edits—over 359,000 of which have been made in the Ido langauge, a constructed language variant of the well-known Esperanto. We interviewed him to gather insight into his editing experience as well as to get know the culture of Ido language projects. 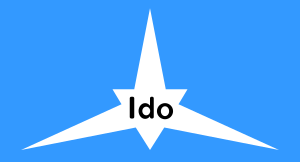 Marc hails from Vancouver in Canada, a major city on the country’s west coast, where he owns several studio apartments that he rents out. Like many Wikimedia editors, Marc was familiar with Wikipedia and used its information often, but was only compelled to join after finding several errors. Although he started with editing the French Wikipedia and Wiktionary, as an ardent linguist his main passion quickly moved to editing Ido Wikimedia projects.

According to him, Ido is a language that hits several fundamentals of thinking and is something that can be called scientific. In fact, Marc believes that it can become the pivot language for Europe, although he’s open to another language like Lojban taking this role.

As one of only four sysops on Ido Wikipedia, Marc stresses that his role is to keep some coherence, notably in the categories and templates. He feels that Ido needs more advanced translation tools to help add more content easily to the different Ido projects. To keep the Ido Wikipedia and Wiktionary updated, Marc reads newspapers in the six languages on which Ido is based. He also looks for words that the Wiktionary currently does not include and how new entries can be added or existing ones can be modified.

Commenting on his Ido Wikimedia colleagues, Marc referred to his colleagues Artomo, hailing from Finland, and João Xavier of Brazil as pillars because of their immense contributions and supportive gestures. 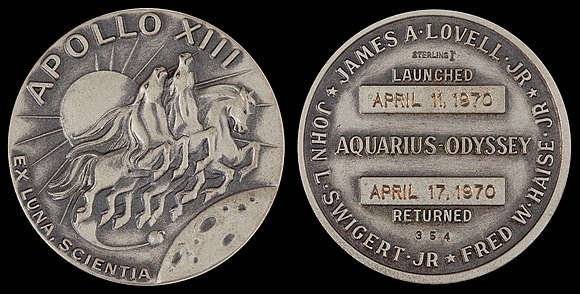 The medallion from the ill-fated Apollo 13 mission. Image by Godot13, public domain.

WikiCup ends: The English Wikipedia’s WikiCup has ended with Godot13 taking the top prize on the strength of his 330 featured pictures, a significant percentage of which were high-quality scans of monetary currency. Of note are the scans of the medallions from the Project Gemini and Apollo space missions (above), the up to 100 trillion mark currency issued in the Weimar Republic in 1920–24, and the emergeny currency issued in French Oceania during the Second World War.
French tragedy: Wikimedians responded to the recent terror attack in Paris with articles in 77 languages; the French-language article has 257 references.
New books being uploaded to Wikisource: The monthly This Month in GLAM newsletter has reported on various GLAM (galleries, libraries, archives, and museums) initiatives from around the world, including the uploading of the Mussolini Library to the Italian-language Wikisource. According to the author, the library is “one of the most relevant source[s] of information about [the] fascism period … in Italy, and the digitization of its materials is supposed to be very useful for historians all over the world.” In similar news, the CIS-A2K out of India reports that one thousand Marathi-language books have been put under free licenses and uploaded to the language’s Wikisource: “Right after our Prime Minister Narendra Modi recommended to read the autobiography of Benjamin Franklin as it contains a lot of messages for [the] common man, a lady walked to us once and asked if she can read this [in] Marathi. Be it such autobiographies or a poetry book like Chetavali, such books that were published … should not be kept closed as … many readers are searching for such books.”
Community Wishlist Survey: The Wikimedia Foundation’s (WMF) Community Wishlist Survey has started. As laid out in the Signpost by the WMF’s Danny Horn, the survey “gives everybody the opportunity to propose fixes and solutions and determine which ideas have the most support. It’s an exciting (and slightly terrifying) prospect.”
Wikimania 2016 scholarship ambassadors needed: Applicants are needed to review and process the thousands of applications that will come in for the coming year’s Wikimania. More information is available on the Wikimania 2016 wiki.
Content translation: Content Translation, a tool that makes it easier to translate Wikipedia articles across languages, has now been used in the creation of 30,000 articles. You can join them in an online office hour on 25 November to give your feedback.
Joke of the week: You know you’ve been on Wikipedia too long when …

Welcome to your community digest! This is a weekly feature for the blog, and we would like to invite you to take part in putting it together. This digest of Wikimedia community news will pull together items from around the globe to provide a venue for your updates and a diverse roundup of events. It aims to emulate and supplement already-existing community news outlets.
If your Wikimedia community has a milestone, cool new project, or quirky occurrence, please leave a message on our tip line, send me an email, or drop a message at my talk page.