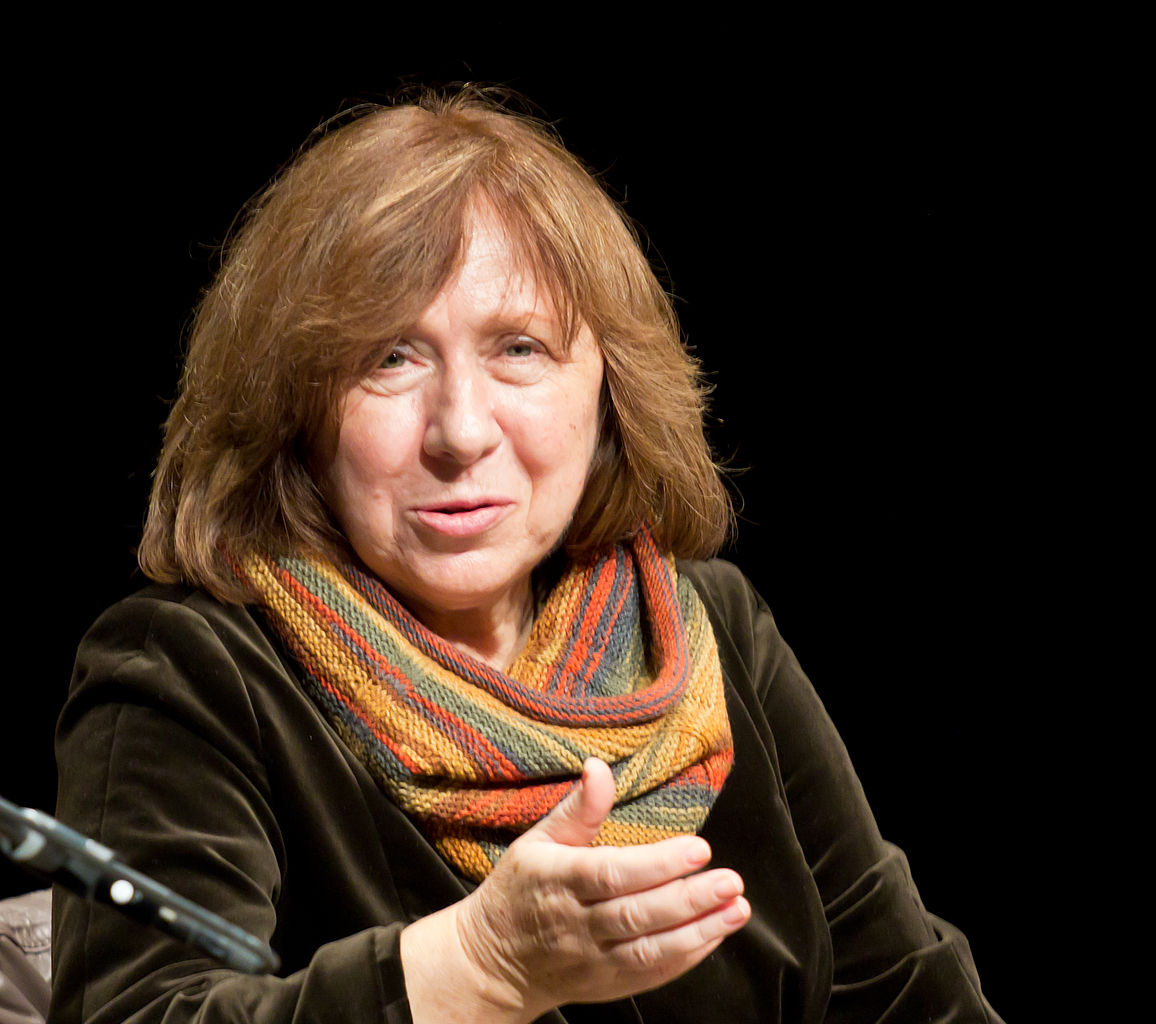 Svetlana Alexievich won the literature prize “for her polyphonic writings, a monument to suffering and courage in our time”. Photo by Elke Wetzig, freely licensed under CC BY-SA 3.0.

This week saw the awarding of the six annual Nobel prizes in chemistry, physics, literature, peace, physiology or medicine, and economics. In total, ten people and one organisation received a Nobel Prize medal, diploma, and 8 million Swedish kronor (around $1.2 million).

The Nobel Prize awards are presented by Swedish and Norwegian committees in recognition of academic, cultural and/or scientific advances, and barring the economics prize, were first awarded in 1901. In total, the prizes have been awarded to 835 individuals and 21 organisations.

The article “Nobel Prize” on the English Wikipedia has been assessed by the community as a “good article”, meaning that it meets several criteria to be classed as a high-quality article. Around 22,900 articles on the project have been awarded this classification, which is around one in every 218 articles. It was one of the articles reviewed by Nature in a 2005 article comparing Wikipedia’s quality to that of Encyclopaedia Britannica.

The Nobel Prize in Physiology or medicine was split between three recipients: Irish-born American William C. Campbell, Japanese biochemist Satoshi Ōmura (both of whom had no English-language article at all until last week), and Chinese chemist Tu Youyou. Tu’s win makes her only the 47th woman to win the prize, and the first citizen of the People’s Republic of China to receive the Nobel Prize in natural sciences.

The 48th woman was announced only a few days later: Svetlana Alexievich, an investigative journalist and non-fiction writer from Belarus, won the literature prize “for her polyphonic writings, a monument to suffering and courage in our time”. She is the first recipient of this award from Belarus, as well as the first journalist.

Winning the Nobel Peace Prize were the Tunisian National Dialogue Quartet, a group of four organisations integral to attempts to build a pluralistic democracy in Tunisia following the Jasmine Revolution of 2011. Head of the Nobel Committee, Kaci Kullmann Five, said that the quartet “established an alternative peaceful political process at a time when the country was on the brink of civil war”.

The Quartet, in fact, did not have an article on the English Wikipedia until after their win was announced; a rather modest stub was created in the minutes following the announcement.

In the five days since their win (and subsequent article creation), 47 different editors from all over the globe edited the article 134 times.

The French and Arabic articles are rather more detailed—perhaps unsurprising, given that they are the official languages of Tunisia. Thanks to their award, the Quartet now appears in a total of 43 language editions.

The Nobel Prize in Physics was split between Canadian Arthur B. McDonald and Japanese Takaaki Kajita for the discovery of neutrino oscillations proving neutrinos have mass, while Swedish scientist Tomas Lindahl, American chemist Paul L. Modrich, and Turkish chemist Aziz Sancar all jointly won the Nobel Prize in Chemistry for studies into DNA repair.

Alexievich’s article experienced the largest pageview spike of all eleven Prize winners as readers took to Wikipedia to learn more about the winners and their achievements, with more than 73,000 people following her win. Sancar’s article followed in second place with around 62,000 views, and Tu Youyou’s article attracted just shy of 49,000 page views.

The economics award went to Scottish-born Angus Deaton for his analysis of “consumption, poverty, and welfare”. The Royal Swedish Academy of Sciences, who selected Deaton as the laureate, explained that “by linking detailed individual choices and aggregate outcomes, his research has helped transform the fields of microeconomics, macroeconomics, and development economics”.