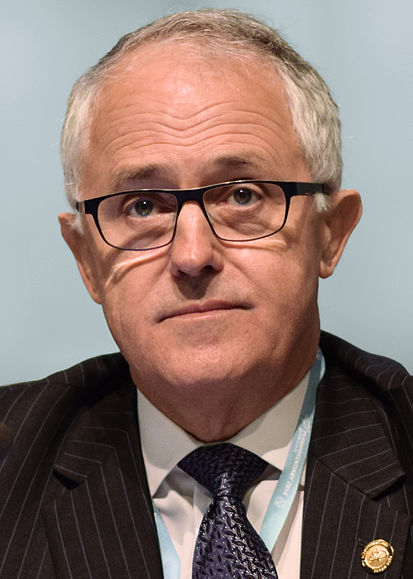 The ruling Liberal Party of Australia, led until yesterday by Tony Abbott, had a surprise leadership spill on September 14. The spill, or snap leadership election, was proposed by Malcolm Turnbull, Minister for Communications under Abbott. In a vote, his party elected him their new leader, and thus Prime Minister of Australia, by 54 votes to 44. It follows weeks of rumours and speculation in the Australian press, with Turnbull refusing to rule out a move to oust Abbott during that time. In a press conference following the result’s announcement, Turnbull affirmed his government would uphold much of Abbott’s policies, ruling out an early election. Turnbull’s success means that Australia will have had four Prime Ministers in just three years.

The Masjid al-Haram, or the Great Mosque of Mecca, attracts millions every year. Image by XXXshatha, freely licensed under CC-BY-SA 3.0.

A mobile crawler crane collapsed at the Masjid al-Haram, or the Great Mosque of Mecca, Saudi Arabia, on September 11 at around 5:30pm local time. The crane collapsed into the roof of the mosque during powerful winds. 111 people in total were killed in the incident, the majority of them pilgrims; the mosque was and still is preparing for the annual Hajj, an essential pilgrimage for Muslims requiring a visit to Mecca at least once in their lifetime. A further 394 people from all over the world were injured in the incident. Saudi Arabian King Salman Bin Abdulaziz Al Saud confirmed an investigation would be made into the incident and that the results would be made public. Some onlookers criticised the very presence of the cranes for putting pilgrims’ lives in danger and for “damaging history” through redevelopment of holy sites.

As the European migrant crisis worsens, several European Union member states temporarily established border countries to “limit the current inflows” of migrants into the countries. Several countries had in recent weeks defied the Dublin Regulation, which states that migrants registered in one country moving onto another illegally would be returned. On September 13, following a surge of 13,000 migrants into Munich, Germany established border controls along the border with Austria, forcing the Czech Republic to bump up security along their border with Austria. The following day, Austria did the same along their border with Hungary. Though rare, the Schengen agreement allows for such moves, which have previously been applied by Estonia and Malta in lieu of high-profile visits. 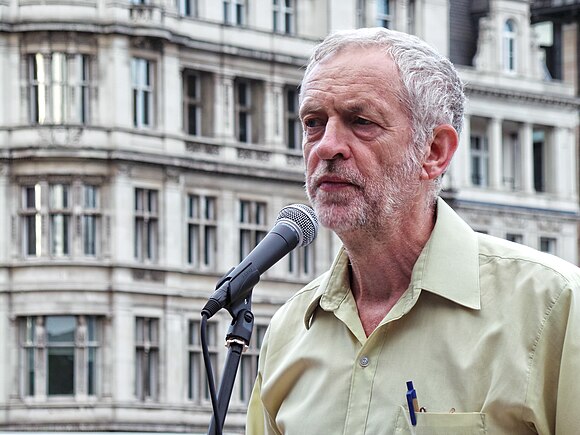 Jeremy Corbyn, initially the outsider for the role, is now the leader of the British Labour party. Image by Garry Knight, freely licensed under CC-BY 2.0.

The Labour Party, the United Kingdom’s second-largest party and the Official Opposition, announced the results of its leadership election on September 12. Standing were Labour MPs Andy Burnham, Yvette Cooper, Jeremy Corbyn, and Liz Kendall. Burnham, the Shadow Health Secretary was for a long period of time the favourite to win, while Corbyn, the most left-wing of the four candidates, was the outsider. However, a surge of support in August propelled Corbyn into the lead and, despite arguments that voters were registering for membership of the party simply to vote for him, he emerged as the comfortable winner with almost 60 percent of the vote. After his appointment, Prime Minister David Cameron called the party “a threat to our national security, to our economic security and to the security of your family”, while others compared his win to the surge of the Scottish National Party.

Photos of the holotype of Homo naledi‘s jaw and head. Image by Berger, et al., freely licensed under CC-BY 4.0.

Paleontologists working in the Rising Star Cave system in the “Cradle of Humankind” site in South Africa unearthed fifteen sets of hominid remains, provisionally assigned to the genus Homo—which also comprises humans. Their cranial shape is thought to be similar to early Homo species, and their hands are thought to be better equiped for object manipulation than those species in the Australopithecus genus. Their bodies are thought to have been deliberately disposed of in the cave system upon their deaths. which provides some insight into their behaviour. The fossils have not yet been dated, and some experts argue further analysis is needed before they can be definitively placed into the Homo genus.