A TNT bomb was detonated outside the Erawan Shrine on the busy Ratchaprasong intersection in Bangkok on Monday (August 17). The attack, thought to have been politically motivated, killed twenty people and injured more than 100. Most of those were tourists, though several Thai nationals are among the dead. Thai Prime Minister Prayuth Chan-ocha called it the “worst-ever attack” in the country’s history. So far, twenty-three countries have issued travel advisories in the wake of the attack as Thai police track down the suspect who is as yet unidentified. 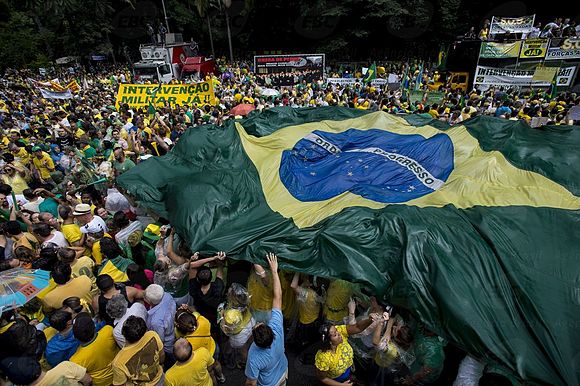 Protests have been ongoing in Brazil throughout 2015; here, the people of São Paulo demonstrate in March. Image by Agência Brasil, freely licensed under CC-BY 3.0 Brazil.

On August 16, protests took place around Brazil in more than 200 cities across all 26 of the country’s states. Demonstrators were again demanding the impeachment of president Dilma Rousseff, whose reign has gradually become more unpopular among some sections of the public. Though turnout was smaller than similar protests earlier in the year, sources suggest around 200,000 people took part around Brazil. A July poll found that Rousseff’s approval rating had dropped to 7.7 percent, with almost two thirds of respondents wishing to see her impeachment. 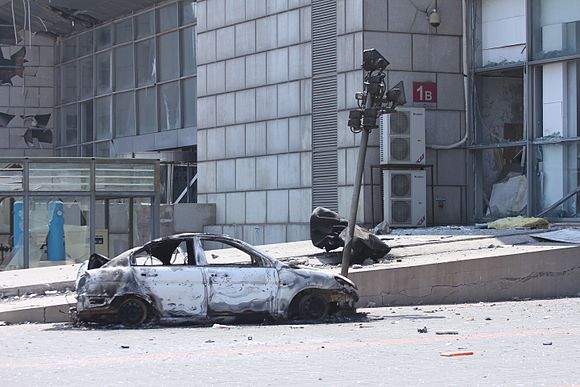 The blasts caused extensive damage to vehicles and buildings. Image by Voice of America, in the public domain.

A series of massive explosions near the Chinese city of Tianjin last week have killed at least 114 people, including more than twelve firefighters. The cause of the blasts is not yet known, though initial reports suggest they were the result of an industrial accident at a dangerous goods containment station near the Port of Tianjin. The explosions also caused extensive damage to nearby buildings, destroying several, and were visible from space. Thousands of residents were evacuated due to the chemicals released in the blast, thought to include sodium cyanide, and most are now staying in temporary shelters. 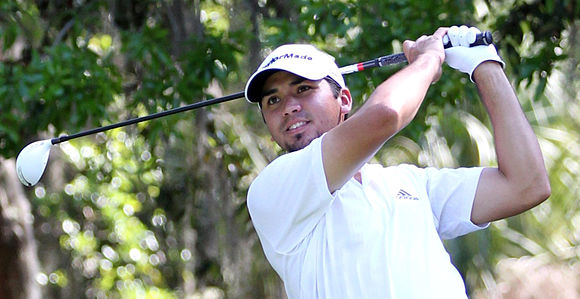 Jason Day, pictured in 2011, won his first major at the 2015 PGA Championship. Image by Keith Allison, freely licensed under CC-BY-SA 2.0.

Australian golfer Jason Day won his first major at the 2015 PGA Championship on Sunday, August 16. He recorded a score of –20, the lowest score in relation to par ever recorded in a major. Thanks in part to this win, he rose to number three in the Official World Golf Ranking. It was Jordan Spieth of the United States who made most headlines on the day—despite finishing three strokes behind day, Spieth still climbed to number one in the ranking, superceding Rory McIlroy, becoming the eighteenth different golfer to earn this ranking since 1986.

The plane involved in the incident, pictured here in 2008. Image by YSSY guy, freely licensed under CC-BY-SA 3.0.

Trigana Air Service Flight 257, a 45-minute domestic flight from Sentani to to Oksibil in the eastern Indonesian province of Papua, crashed on Sunday, August 16, thirty minutes after takeoff. The plane was carrying 49 passengers and five crew, all of whom died on impact. It is Trigana Air Service‘s deadliest crash in the airline’s 25-year history, and the third-deadliest in eight months in Indonesia. The cause of the crash is being investigated; analyst Mary Schiavo suggested that “pilots don’t have enough training in their landing sequences and they need more training and more oversight”.