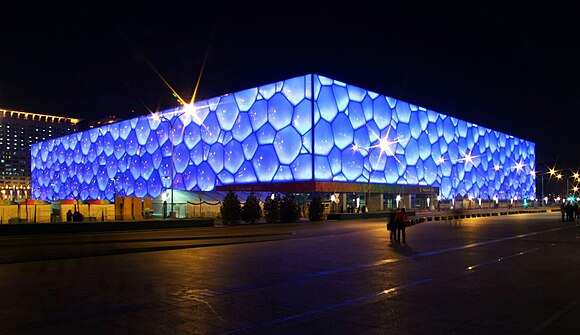 Beijing National Aquatics Center, used in the Summer Olympics in 2008, will host the curling. Photo by Charlie Fong, in the public domain.

Beijing, the capital of China, was announced as the winning bidder for the 2022 Winter Olympics on Friday (July 31). Six bids were initially made, but only two made it to the final decision; the Beijing bid narrowly beat out a rival bid from Almaty, the largest city in Kazakhstan. Norway’s capital, Oslo, pulled out in October as politicians refused to negotitate with the International Olympic Committee. As Beijing is not susceptible to snow during winter, outdoor snow events are slated to be held in Zhangjiakou, to the north of the city. 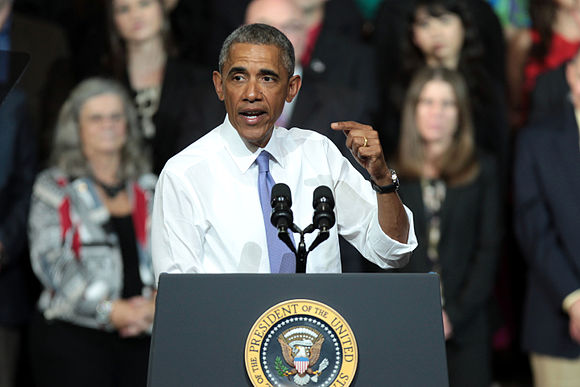 Obama’s announcement comes a year after the plan was first proposed. Photo by Gage Skidmore, freely licensed under CC-BY-SA 3.0.

United States president Barack Obama unveiled his government’s Clean Power Plan on Monday (August 3). The plan contains a number of policies aimed at combating anthropogenic climate change, such as a one-third reduction in carbon dioxide emissions within fifteen years. Obama called the plan “the single most important step that America has ever made in the fight against global climate change”. The Guardian reports that hundreds of American businesses have backed the plan. 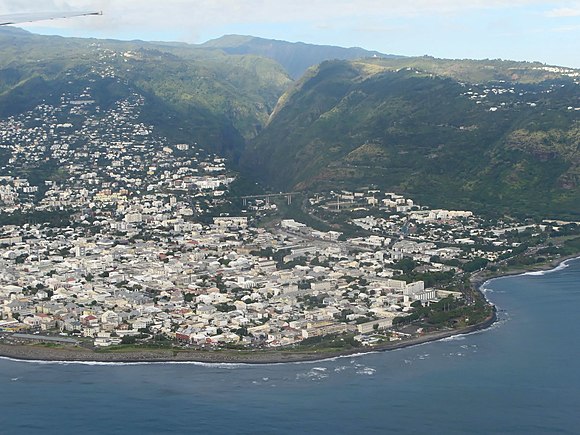 The parts were discovered on the coast of Réunion, a small overseas department of France. Photo by Bbb at Wikivoyage shared, freely licensed under CC-BY-SA 3.0.

Wreckage was recovered on Wednesday (July 29) from Saint-André, in the north-west of the French overseas department of Réunion, east of the island of Madagascar. It is now confirmed to be from the missing Malaysia Airlines Flight 370, which disappeared sixteen months ago enroute from Kuala Lumpur to Beijing. No trace of the plane has ever been recovered, and authories are hopeful that the newly-discovered wreckage could provide some insight as to the plane’s last moments.

Cecil the lion, pictured at Hwange National Park in 2010. Photo by Daughter#3, freely licensed under CC-BY-SA 2.0.

Zimbabwean authorities on Friday (July 31) requested the extradition of Walter Palmer, the American dentist who killed Cecil the lion. The lion was shot with a crossbow and killed over the course of two days last month at Hwange National Park in Zimbabwe. Palmer, who reportedly paid up to $50,000 for access to Cecil, insists he was assured by local hunters that the hunt was legal. Officials, however, are now seeking his extradition, claiming he “had a well-orchestrated agenda which would tarnish the image of Zimbabwe”.

Taliban‘s supreme commander, Mohammed Omar, was confirmed to have died in 2013 on Thursday (July 30) following earlier reports of his death in the media. Though initially dismissive of the claims, the Taliban eventually confirmed Omar had died in Pakistan two years ago. Very little is known about Omar, something that comedian John Oliver lampooned on his weekly show on HBO. Only two images of the man are thought to exist and neither are verified, and his date of birth varies by over a decade, depending on the source. Akhter Mansour, Omar’s deputy, has reportedly taken his place as leader.

Wikipedia pageview statistics show the various spikes in activity on these articles. Image by Joe Sutherland, freely licensed under CC-BY 4.0.

The most visited page this week is fairly newly created—that of Cecil the lion. His story’s coverage in the online press attracted more than 55,000 pageviews on July 31 following Zimbabwe’s request to extradite Palmer. Malaysia Airlines Flight 370 peaked at 51,000 pageviews, as news broke of plane wreckage being discovered on Réunion.

Beijing’s successful bid for the 2022 Winter Olympics drew a peak of around 38,000 pageviews to the event’s article on Wikipedia. Upon news breaking about the death of Mohammed Omar, the article on the secretive former leader of the Taliban reached a peak of 31,000 pageviews.

Barack Obama’s Clean Power Plan didn’t have an article on Wikipedia before its unveiling on August 3, and has since attracted a peak of just 273 pageviews—those wanting to know more about Obama’s plan instead arrived at his biography. While already a popular article, it exceeded 31,000 pageviews on August 4.