Welcome to our second installment of ‘Wikipedia Picks,’ a new content experiment for the Wikimedia blog. This feature invites one Wikipedia community member to curate a list of five articles, images, or other content that they find interesting or important.

This week’s guest host is Victoria Short (Ealdgyth), who has written 60 featured articles on the English Wikipedia, in whole or as part of a team. Since Victoria started editing in 2007, she’s made over 86,000 edits; her favored topics range widely from horses to medieval bishops. In real life, she lives in the United States, where she owns five horses. For this week’s Wikipedia Picks, she selected five articles, two of which she personally worked on. As always with Wikipedia Picks, the choices and comments are the editor’s, and are not endorsed by the Wikimedia Foundation.

This Life of Christ illuminated psalter was meant for reading. Despite its appearance, this is parchment. Artwork by unknown, currently held by Leiden University, public domain.

Geoffrey (archbishop of York): I’ve been accused of writing about “bad-boy bishops” before, and this is the epitome of a bad-boy bishop. He had the Angevin temper, an absolute inability to let any sort of controversy go, and the amazing ability to be involved in six or seven fights at once. Often embroiled in difficulties with his half-siblings, Geoffrey’s main virtue was his loyalty to their father. I’ve always been fascinated by Geoffrey, who displayed most of the virtues and most of the vices of his famous father. All in all—you have to agree with Douie that he was a “formidable bastard” … in more than one respect.

The slave trader and swindler 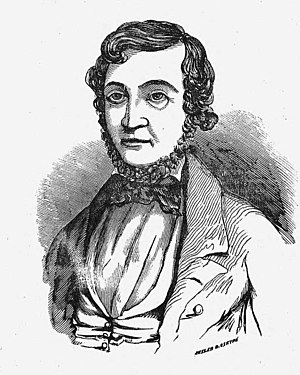 Edwards was a modern-day Frank Abagnale (of Catch Me If You Can fame), albeit much less successful. Engraving by unknown, public domain.

Monroe Edwards: I came to this subject in a very roundabout way. My interest in Thoroughbred horse history led me to write George Wilkes, who was an early American sports journalist and racing writer (among other things). While doing some research on him, I was pointed to the American National Biography article on Edwards—who was just fascinating to my “bad boy” interests. A slave trader, forger, and swindler, all in one! And I’d actually been to the part of Texas he had his plantation on, which made it more interesting. This is the sort of article I think Wikipedia does best – bringing some obscure part of history back into the limelight.

The man who could fake Vermeers 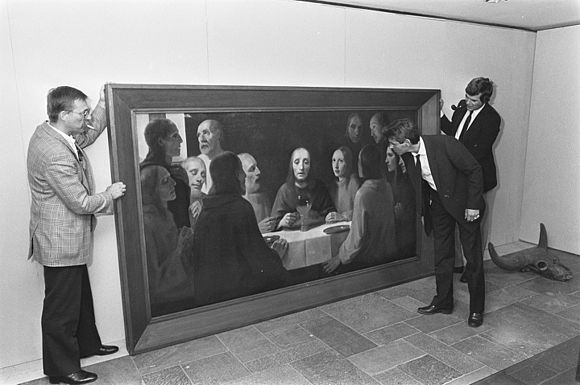 Using the style of Vermeer, Meegeren painted The Last Supper I in 1939. Photo by Nationaal Archief NL, freely licensed under CC-by-SA 3.0.

Han van Meegeren: A different type of forger, I read about this guy when I was very young and it may be one reason why I’ve always been fascinated by tales of swindlers and forgers. A man who swindled Hermann Goring, a Nazi politician, and managed to pull the wool over the eyes of many art critics and historians. And after his death, his forgeries became collectible themselves. Definitely a different type of art, for sure.

How much money would you pay for a tulip bulb?

A source for our knowledge of the tulip mania; note the exorbitant 3,000–4,200 florin price. Republished from Verzameling Van Een Meenigte Tulipaanen (1637), public domain.

Tulip mania: This is an excellent article on the classic “investment swindle” of all time which is actually as much a story of intellectual swindling – as it now appears that the classic account of the hysteria was itself very limited and had no where near the scope originally argued for it. An intellectual simplification up there with “medieval people thought the world was flat”. 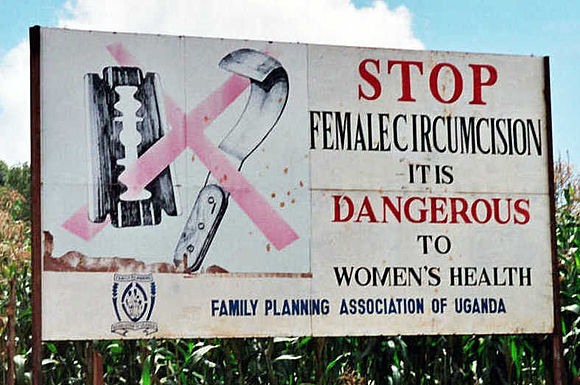 Female genital mutilation: Turning from frauds, swindles, and forgeries… the last article I remain fascinated with details a controversial practice that is very much real. As a woman, I cannot imagine what constraints of social mores lead women to do this to their own female relatives. A great article on a scarily prevalent practice that horrifies the reader.

This story is part of an ongoing content experiment to produce more interesting stories for you, the reader of the Wikimedia blog. Please leave comments below on how we can improve this proposed feature.