Welcome to our first installment of ‘Wikipedia Picks’, a new content experiment for the Wikimedia blog. This proposed weekly feature would invite one Wikipedia community member to curate a list of five articles, images, or other content that they find interesting or important — in collaboration with our blog editors.

This week’s guest host is Gary Greenbaum (Wehwalt), who has written or collaborated on 127 featured articles on the English Wikipedia—more than anyone else on the site. Over the past ten years, he has made nearly 100,000 edits. He has written about everything from politics (American, British, Canadian, and Australian), architecture, numismatics, law, musicals, royalty, sports, and a train crash. Offline, Greenbaum works as a lawyer in Fairfax, Virginia, and is George Mason University’s Wikipedia affiliate for 2014–2015. For this week’s Wikipedia Picks, he selected five featured articles, three of which he personally worked on; the comments below are his. 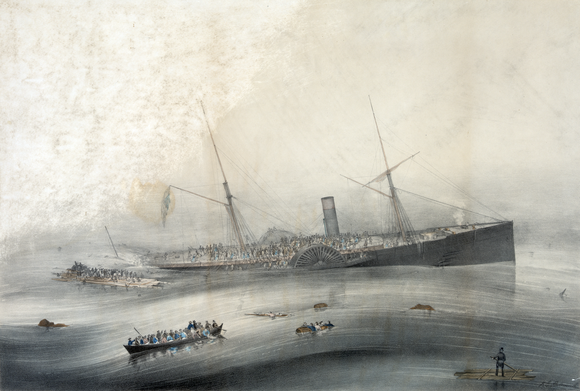 I was quite interested in the Girl Pat article about a 1935 trawler, successfully brought to “Featured Article Candidate” (FAC) status by my colleague Brianboulton. Its unauthorized transatlantic voyage in 1936 was a rather strange incident which got much public attention at the time, and is almost completely forgotten today. Britain watched with fascination as this small ship was searched for, amid all sorts of rumors, and eventually found off the north coast of South America. If anything, it’s a reminder that the past was not a sepia photograph, that the people of the past were just as likely as us to focus on unusual things. The only difference being that things didn’t move with the speed of the Internet in the 1930s.

The SS Arctic disaster article, brought to “Featured Article” (FA) status by Brianboulton, was another notorious incident where a passenger ship sank during a trip across the Atlantic; all of the women and children and most of the crew died. Put in today’s context, it was like the Titanic disaster, but worse. Enough said. I think Brian took some quiet glee in asking me to review it, since he knows that I sometimes go on passenger ships, when I can put time and money together. The obvious thing to say is that this could not happen in the age of the ever-vigilant cell phone camera, but then, the captain of the Costa Concordia seemed to get quite a head start on his passengers … 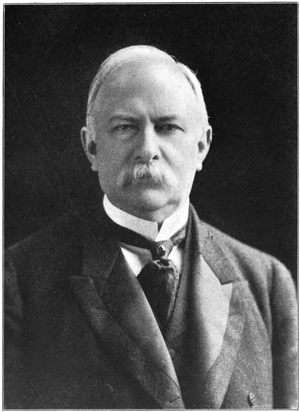 Fierce-looking fellow, isn’t he? And quite the speaker, in a time when politics, not baseball, was the national sport. Joseph B. Foraker is one of those figures who was talked about for president for a while at the turn of the 20th century, but never quite made it. He was governor of (and senator from) Ohio, a Republican — and a lawyer who took money from corporations, while he was in the Senate, which at the time was legal. But he also had a regard for human equality that caused him to sacrifice his career over the Brownsville affair, in which President Theodore Roosevelt unjustly fired a group of African American soldiers. It shows that nothing is quite black or white in a time of political polarization.

A horse trainer and … newspaper publisher 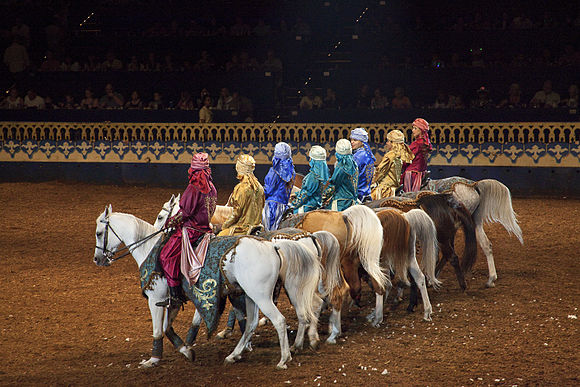 Al-Marah horses from Tankersley’s ranch were used in her son’s Arabian Nights dinner show. Photo by Rob Bixby, freely licensed under CC BY 2.0.

Another article that I found interesting was about Ruth ‘Bazy’ Tankersley, an American breeder of Arabian horses and a newspaper publisher; it was successfully brought to “Featured Article Candidate” status by my colleague Montanabw. Tankersley’s involvement with Arabian horses is well known; her political history, and her involvement in political controversies of the 1950s less so. I was able to help out by getting old committee hearings transcripts, through Congressional ProQuest, a database to which I have access through being George Mason University’s Wikipedia affiliate. It will be difficult to do without these resources when my term expires at the end of August; they have proven useful to me and to other editors who aren’t students or academics. While the Wikimedia Foundation and volunteer coordinators have done good work in establishing these positions, there needs to be more of them. Sometimes the hardest thing about contributing content is getting access to the sources to begin with.

A pioneer … and writer 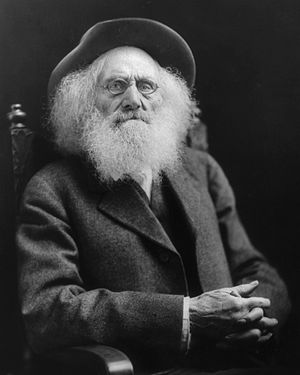 Another gentleman with spectacular facial hair! Ezra Meeker was, for about 20 years—his last twenty—a very well-known figure in the U.S., from about 1906 to 1928. He went west by wagon trail in his 20s, in 1852. He lived quite a life: a settler of the west, he made a fortune growing and selling hops for brewing, lost it all, and went to the Klondike as a gold miner. When that didn’t pan out, he reinvented himself as a sort of professional living history pioneer, promoting the Oregon Trail and was quite successful at it. He did this into his late 90s. If not for an inconvenient illness at age 97, he’d probably still be doing it today.

Let me impose once more with an article on which I did much work. Ashford v Thornton was a case that I looked up in the library, like many law students. It’s probably easier to find it now. Ashford was the last ruling to uphold a right to trial by battle. That this could survive until 1818, at least in theory, seems hard to believe. And yet it did, and it was only abolished when the antiquated procedures surrounding it began to be invoked too often. Behind this case is a very human story that disrupted many lives. I don’t write much about law—it’s too much like work—but I enjoyed this one.

This story is part of an ongoing content experiment to produce more interesting stories for you, the reader of the Wikimedia blog. Please leave comments below on how we can improve this proposed feature.