Preparing for Wiki Loves Monuments (WLM), the Wikimedia community’s worldwide photo contest, requires creating lists of cultural, historical, architectural and archaeological heritage monuments. These are typically based on official records. In Ukraine, only some of the official lists were available free online; most were not.

To make the WLM list, Wikimedia Ukraine—the local Wikimedia affiliate in the country—had to send requests to the relevant government agencies. According to the Ukrainian law on Access to Public Information (“Law on Access”), these agencies had to respond within five working days.

This step proved more difficult than expected. We received answers ranging from redirects to other agencies, claims that the information wasn’t held, or that “the staff member responsible for this was fired recently and took everything with them.” One of the regional authorities, Pokrovske Raion State Administration in Dnipropetrovsk Oblast, proved especially troublesome. Our first request to Pokrovske Raion was sent on August 27, 2013, and their answer came three days later: while they noted that there were 227 archaeological and historical monuments in the territory, they refused to make the list public as it was classified for the staff’s use only.

This contradicted the Law on Access, which clearly prescribed the types of information that could be withheld from public access, like internal official correspondence, information collected for defence, and other similar documents.

Wikimedia Ukraine’s second request was made a year later. It resulted in the same denial, with the government citing a local Act drafted in 2011. The chapter’s third request asked for the text of this Act, and it appeared that information on cultural and historical monuments fell into the category of classified information.

Such a response, Wikimedia Ukraine argued, was contrary to nationwide law. With help from the Media Law Institute and its Fund for Defending the Right to Access Information, the chapter’s executive director Nataliia Tymkiv filed a lawsuit against the Pokrovske Raion State Administration.

The first meeting was held on December 14, 2014, and the province’s legal defense team backed down. They said that the 2011 law was incorrectly applied, and were ready to provide the lists to the chapter. This result, while fulfilling our immediate goal, would have kept other similar documents inaccessible, so we pressed on with our lawsuit. 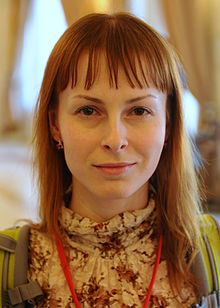 On February 9, the judge made their decision, satisfying all positions of our claim: The court recognized the refusal as illegal, ordered Pokrovske Raion State Administration to satisfy the information request, and declared that the provision in the 2011 Act, which ultimately kept the list of cultural and historical monuments from public view, was illegal.

The court also stressed that the only type of information in the field of cultural heritage that may be restricted is that of protected archaeological territory, according to the aforementioned Law on Cultural Heritage Protection. Pokrovske Raion did not contain any such territories.

On May 6, the court decision was executed and Wikimedia Ukraine finally received the lists, along with lists of architectural heritage monuments of which we had not previously been aware.

The received lists of historical, architectural and archaeological heritage monuments have already been added to the contest lists in the Ukrainian Wikipedia.

“While this case may sound ridiculous for those from countries with developed democracies, in Ukraine we have to struggle for different kinds of important information. State bodies hide it from the citizens. We fortunately managed to get victories through courts, even though sometimes we have to appeal to the European Court of Human Rights,” explains Taras Shevchenko, director of the Media Law Institute NGO.

Tymkiv, the executive director of Wikimedia Ukraine, says: “A lot of time and efforts are put into the lists of monuments. Our Ministry of Culture does not have all the information, so we have to contact all of the individual state administrations (including oblast [province], raion [district], and city level) to request it. That takes time, and one needs patience to [do this] again and again. Ukraine has around 150,000 cultural monuments. We have more than 71,000 in our lists—less than half the total number—and it has taken us three years to get that many. It requires dedication, so I want to thank everybody working on this project.”

“I believe there are other teams fighting against all the odds and winning, to share, to have it for everybody to use and reuse. This kind of work requires dedication, sleepless nights, and requires you to be in love with what you do and what for.”

We are hopeful that these lists will help in obtaining many more photos of Pokrovske Raion during Wiki Loves Monuments this September; it is currently rather poorly represented on Wikimedia sites.