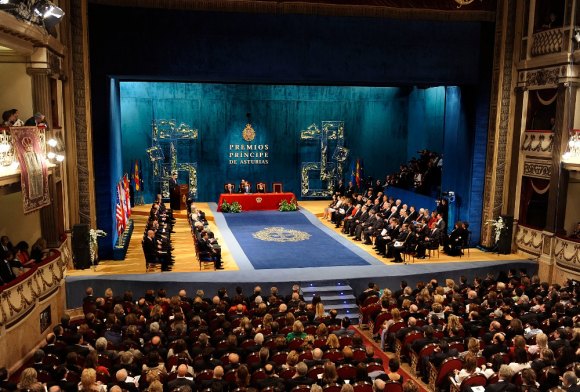 “On behalf of our global community of Wikimedians, we are deeply honored to accept this prestigious award,” said Jan-Bart de Vreede, Chair of the Wikimedia Foundation’s Board of Trustees. “The Princess of Asturias Awards recognize achievements and organizations that celebrate and advance our shared human heritage. As a collective project of shared human knowledge, we are honored Wikipedia has been recognized today.”

Presented in eight different categories ranging from Arts to International Cooperation, the Princess of Asturias Awards are considered to be amongst the most important honors in the world, especially in the Spanish-speaking world. These awards are intended to acknowledge exemplary and internationally recognized cultural, scientific and social achievements.

“Wikipedia is an incredible project that has been created by millions of people from around the world. We are honored to be recognized in the category of international cooperation, which is at the heart of our mission,” said Lila Tretikov, executive director at the Wikimedia Foundation. “This award honors those volunteers—the editors, photographers, writers, and developers—who make Wikipedia possible.”

Wikipedia is one of the most popular knowledge resources in the world; it is read by nearly half a billion people every month. From its humble origins nearly fifteen years ago, it now offers more than 35 million articles in 288 languages—including a number of indigenous languages—all written by volunteers from around the globe.

According to the jury of the Princess of Asturias Awards, Wikipedia is an “important example of international, democratic, open and participatory cooperation—to which thousands of people of all nationalities contribute selflessly—that has managed to make universal knowledge available to everyone along similar lines to those achieved by the encyclopedic spirit of the 18th century.”

“Cooperation is what Wikipedia is all about, and it is a tremendous honor to be recognized by the Princess of Asturias Awards,” said Jimmy Wales, founder of Wikipedia. “I hope this inspires more people to become involved in the mission to share in the sum of all knowledge with the world.”

Previous recipients of the Princess of Asturias Award for International Cooperation include the Fulbright Program, the International Red Cross, the World Health Organization, Al Gore, the Bill and Melinda Gates Foundation, Luiz Inácio Lula da Silva, and others.

The ceremony of the Princess of Asturias Awards will take place in Oviedo, Spain, on the 23rd of October, under the presidency of H.M. King Felipe VI of Spain. The Prize comprises a Joan Miro sculpture symbolizing the award and a cash prize of 50,000 euros.