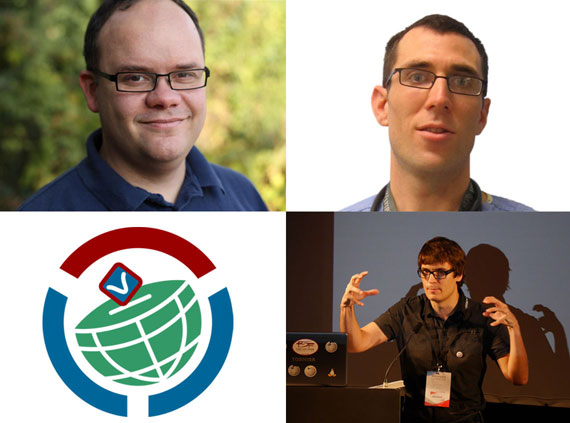 The results from this year’s community election of the Wikimedia Foundation Board of Trustees are in! Congratulations to Dariusz Jemielniak (User:pundit), James Heilman (User:Doc James), and Denny Vrandečić (User:Denny), for receiving the most community support. They will join the Wikimedia Foundation as trustees after they are officially appointed by the Board at Wikimania in July.

This year, 5,167 community members hailing from over 180 home wikis participated—more than any past Board election. Their votes have been reviewed, counted, and certified by the 2015 Elections committee, the Wikimedia Foundation’s legal department, and the Board of Trustees.

In addition, over 1,100 voters participated in the Funds Dissemination Committee elections last month, electing five new members of the FDC (Michał Buczyński, Itzik Edri, Lorenzo Losa, Michael Peel, and Liam Wyatt) and a new FDC Ombudsperson (Kirill Lokshin). Detailed results on both the Board and FDC elections are available on Meta.

Thank you to everyone who voted! You helped make this one of the most representative elections that the Wikimedia Foundation has held. Thank you as well to all of the candidates—who together comprised the largest and most diverse set of candidates ever presented.

The election process was the result of two months of coordinated work from dozens of people. Next week, we will publish another post about the process behind both elections and invite feedback to ensure that those in 2017 are even better.

For today, let us celebrate the candidates who received the most community support and the voters, and thank outgoing trustees María Sefidari, Phoebe Ayers, and Samuel (SJ) Klein, who have faithfully served the community for years.