Contributors to the Arabic Wikipedia met for the first ever WikiArabia conference in Monastir, Tunisia. This report summarizes three days of discussions about their community’s challenges and opportunities. Photo by Habib M’henni, CC BY-SA 3.0. 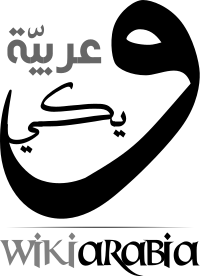 Nearly forty Wikipedians from around the Arab region and beyond gathered last April in Monastir, Tunisia for WikiArabia 2015, the first Arabic Wikipedia community conference. The event also welcomed around thirty additional attendees from outside of the local Wikipedia community. Meeting in person during the three days to discuss their ideas, successes, and challenges helped the Wikipedians better understand their community and plan for future development of the Wikimedia movement in the Arab World.

“It feels like a dream. Arab Wikipedians are gathered for the first time, here, in my country and my town!” said Habib M’henni, co-founder of Wikimedia TN user group, the main organizer of WikiArabia 2015, smiling with tears in his eyes. Gathering Arabic Wikipedia community members to work together on the ground was a dream shared by all of the attendees in Monastir. This was an opportunity for people who edit the Arabic Wikipedia to meet in person to exchange ideas and experiences, in a conference that was many years in the making.

The Wikimedia movement in Tunisia has grown actively over the past few years. In 2012, the WMF Global Development Team staff and community members visited schools and libraries in Tunisia. Their aim in making the trip was to raise awareness of opportunities to edit Wikipedia, especially for students. Prior to that visit, the community in Tunisia was engaged with the movement on different occasions, both online and offline. Active members of the movement started to plan for a local affiliation in 2006, ultimately gaining their user group recognition in 2014.

For several years, active members of the Arabic Wikipedia community planned regional, cross-border projects among the Arabic-speaking countries. Coming to an agreement on clear plans for collaboration proved to be a challenge, but active volunteers met whenever possible at face-to-face events, including the annual Wikimania conference and other movement-related events. The most prominent examples of these community meetings were Wikimania 2013 in Hong Kong, where 9 Wikipedians discussed the possibility of establishing a Wikimedia chapter for the Arab World, and Wikimania 2014 in London, where nearly 20 Wikipedians held a meetup to discuss organizing a regional conference. Finally, the Tunisian user group offered to host the first round of this conference in 2015, an offer that the community welcomed.

The three-day conference was a huge success, having included practical sessions prepared by community members, a session on the Wikipedia Education Program, and a Q&A opportunity with Lila Tretikov, Executive Director of the Wikimedia Foundation.

The Q&A provided an opportunity for the Arabic community to talk to Lila directly about their concerns for Arabic Wikipedia, and it was also an opportunity for her to learn more about an important, growing community. The community asked her about many issues including editing for students, educators’ concerns with using Wikipedia in research, and involving children in the movement. Lila also posed questions of her own to the community, to hear their suggestions on how to better raise awareness of Wikipedia in the Arab World.

Active community members also shared their personal experiences with Wikipedia, as well as some of the offline projects and case studies they led from around the world. Bilal Al-Dweik, an administrator on Arabic Wikipedia from Jordan, spent months running a survey about Wikipedia in Arabic and other languages. The survey asked Internet users how much they trust Wikipedia in different fields. It also tracked the reasons behind the perceived lack of trust in Wikipedia, and how to be seen as a more trustworthy source. 210 people from more than 16 Arab countries and different age groups took Bilal’s survey, which he discussed in his WikiArabia presentation. This survey and other studies found that the lack of trust in Wikipedia has many different causes, including: writers with limited qualifications; inadequate citations in some articles; biased coverage of some topics (especially those about politics and religion); poorly formatted articles or outdated information.

The Q&A discussion, as well as sessions led by community members, started an important dialog around future collaboration and planning for the Arabic Wikipedia.

After the conference, Lila paid a visit to the Higher Institute of Technological Studies, where she met a large group of Tunisian students. It was a great opportunity for Lila to improve her understanding of how Tunisian students think about and use Wikipedia. At the same time, students were also able to learn more about the Wikimedia movement. Lila asked students about the importance of free knowledge and how they could contribute to it. The students voiced their support of free and open knowledge, many stating that contributing to Wikipedia provided an avenue for self-expression. This wasn’t the institute’s first introduction to Wikimedia projects. Since the spring of 2013, Habib M’henni has participated in Tunisia’s education program, and his engineering students have been contributing to Wikipedia. However, the meeting provided a new way to exchange opinions, hopes, and plans for Arabic Wikipedia among some of its most frequent contributors.

A survey by the organizers of the conference found that most of the community members who attended were satisfied with the first WikiArabia. Mervat Salman from Jordan believes that “meeting people in person helps them solve the problems they face online.” Ravan Jaafer from Iraq suggests that seeing the achievements of colleagues presented at events like WikiArabia encourages others to follow their lead. Reem Alkashif from Egypt found value in a regional conference in the native language, “I enjoyed communicating with people in Arabic for the first time at a Wikimedia conference.”

While no consensus was reached about whether to host another WikiArabia conference next year, there was widespread agreement about the value of this face-to-face regional event and an infectious excitement for the potential of this growing segment of the Wikimedia community.

More photos of WikiArabia are available here on Wikimedia Commons.