The Wikimedia Foundation Technical Operations team (“Ops”) are moving their processes to phabricator.wikimedia.org, thus joining the merge of multiple developer and project management tools into a single Wikimedia technical collaboration platform. This week, we migrated 5,986 tickets from RT to Phabricator, and now most requests to Ops can be initiated by creating a task there. access-requests@ and procurement@ queues are still handled in RT, and they will be moved to Phabricator as well at a later stage.

This move comes a few weeks after the migration of 73,000 tickets from Bugzilla to Phabricator. Now we are tracking more than 83k tasks, from which about 18,100 are open. Yes, we have a lot of work to do! And it keeps growing…

Approximate volume of tasks hosted in Wikimedia Phabricator since its opening.

RT is a tool based on Request Tracker used by the Operations team for managing day-to-day tasks. It was an efficient tool for processing tickets, based on email queues and assisted with a web interface at rt.wikimedia.org. However, while RT was efficient for dedicated professionals interacting with this tool on a daily basis, for most contributors out of the Ops team it was complex, obscure, almost arcane. This was becoming a serious problem for the openness and desire for community engagement that the Operations team wants to increase in their many not-top-secret activities.

Most of the migrated RT tickets are accessible only to a limited audience with NDAs in place, at least at the time of submission and processing. The move to Phabricator makes it easier to create and keep public the information that doesn’t require any confidentiality, and allows to link these tasks directly with bug reports and other activities of development teams. This change also simplifies the planning work of the Operations team, who can now organize projects with workboards and personal backlogs, just like the other teams. 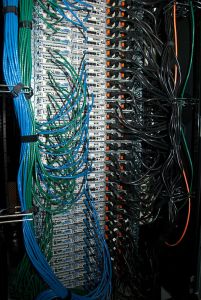 What was RT used for, and which processes were migrated? The following types of requests are now handled in Phabricator:

There are two queues that have been kept in RT for now, because of their more complex processes and the usually more sensitive information that they contain:

You can learn more about RT on the wikitech wiki, and about the migration and its remaining bits on mediawiki.org.