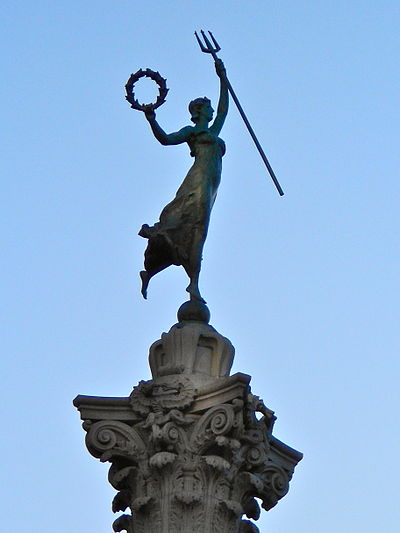 This week, the Wikimedia Foundation successfully obtained orders preventing four websites advertising a service of paid editing of articles on Wikipedia from abusing the “Wikipedia” trademark. Undisclosed paid editing has been a hot topic in our movement for the last few years, prompting much community discussion.[1] Over time, we had watched as a cottage industry started to develop around the issue, offering services to individuals or companies that sought positive–but not always neutral point of view (NPOV)–review of their profiles, products, and services. The issue had become public enough that, earlier this year, the Huffington Post published a blog post by a ‘public relations professional’ referring to Wikipedia as “a powerful marketing tool,” and describing how to employ a third party editor in order to hide one’s affiliations and avoid scrutiny by the Wikimedia community.

Undisclosed advocacy editing is against the values that underpin the Wikimedia projects. In 2013, Sue Gardner, then-Executive Director of the Wikimedia Foundation, published a statement clarifying that ‘paid advocacy editing’–a term used on English Wikipedia to describe edits that are paid to promote a specific viewpoint–is a “black hat” practice. In the period after this statement the Wikimedia Foundation embarked on a two-month long community consultation on undisclosed paid editing, and an update to the Foundation’s Terms of Use. The consultation resulted in 320,000 words of discussion in various languages, with 6.3 million views of the proposal. The discussion was supportive of the change, and in June of this year, the Foundation amended our Terms of Use to strengthen the prohibition against concealing paid editing on all Wikimedia projects. According to the amendment, if you are paid to edit, you must disclose your paid editing to the community.

Last year, the Wikimedia Foundation discovered a series of websites with a nearly identical layout, all using “Wikipedia” in their titles and domain names: wikipediapagecreators.com (archived), getawikipedia.com (archived), getonwikipedia.com (archived), and onwikipedia.com. Each of these related sites were part of the industry that had begun to develop around paid advocacy editing. The sites offered to create pages on Wikipedia, starting at $799 per article, to “enhance [the] overall business reputation” of their clients. The websites exploited marks that represent Wikipedia, such as the “puzzle globe” and the “W” icon.

This exploitation allowed the Foundation to enforce the Wikimedia trademarks, counteracting the sites’ business practices. We contacted the owner of these websites and asked that they cease using the “Wikipedia” trademark to promote their businesses. After months without change to the websites, and no response to our messages, we filed UDRP complaints with the World Intellectual Property Organization (WIPO). The complaints explained that the registrant of the domain names was violating Wikimedia’s trademark rights.

These decisions are a victory for the integrity of the name “Wikipedia”, which symbolizes the reputation and goodwill created by the hard work of thousands of independent editors and content providers. The Wikimedia Foundation registered “Wikipedia” as a trademark in order to ensure its use is consistent with our mission. Trademark protection allows us to prevent abuse of the “Wikipedia” marks by those trying to take advantage of the value the community has imbued in those iconic representations.

*Many thanks to Doug Isenberg at GigaLaw Firm who represented the Wikimedia Foundation in the UDRP proceedings. Special thanks also goes to Wikimedia Legal Interns Jorge Vargas and Chuck Roslof, who assisted with this blog post and this matter.