Wikimedia Ukraine is organizing an international photo contest with a natural heritage theme, Wiki Loves Earth 2014. This is the second year of the competition. Last year, Ukraine was the only participant, but now the contest encompasses 14 countries!

The contest is being held from May 1 to May 31, 2014 in the large majority of participating countries, although some (Germany, Ghana, the Netherlands) are going to conduct it in May and June. Serbia will join us in June.

Currently the contest is in its middle stages, so we’re able to draw our first observations.

Wiki Loves Earth is not only a great opportunity to show the charms of nature, but also a chance to draw public attention to environmental problems and Wikipedian activities. The focus is not only on sites of national importance, but also on the areas protected on the regional level and on the widest variety of natural sites possible: forests, parks, gardens, rocks, caves and whatever is protected within the participating countries. This means that most users will be able to find several natural heritage sites close to them.

However, only 13 of them were ready to start on May 1st. The reasons varied, from lack of time to governmental bureaucracy (in some countries it was too hard to gain the lists of natural heritage sites from public authorities).

So far nearly 20,000 photos from all over the world were uploaded to Wikimedia Commons. All photos are freely licensed under the Creative Commons (CC) BY-SA 3.0 license, one of several public copyright licenses that enable the free distribution of an otherwise copyrighted work. Anyone can copy, distribute, display and perform the work and make derivative works based on it if they give the author or licensor credit in the manner specified by these, and share modifications under the same terms. It’s a good opportunity for Wikipedia to collect more free photos and use them as illustrations.

All countries have their own features. This is the second time Ukraine participates in the contest, so the Ukrainian team already had information about Natural Reserves and other protected areas. However, they still work with the State Department of Ecology and Natural Resources to update last year’s lists. One of the Ukrainian features is the fact that professional photographers take part in the contest. They give their works for free to be used on Wikipedia (of course under CC BY-SA 3.0 or other free license).

Armenia already has 1,172 photos. The Armenian team consists of only two people: Vachagan Gratian and Mher Bekaryan, who are both coordinating the contest in Armenia. The jury consists of five organizers and members of Wikimedia Armenia. Wiki Loves Earth in Armenia also has a special ID for wildlife (birds, animals). 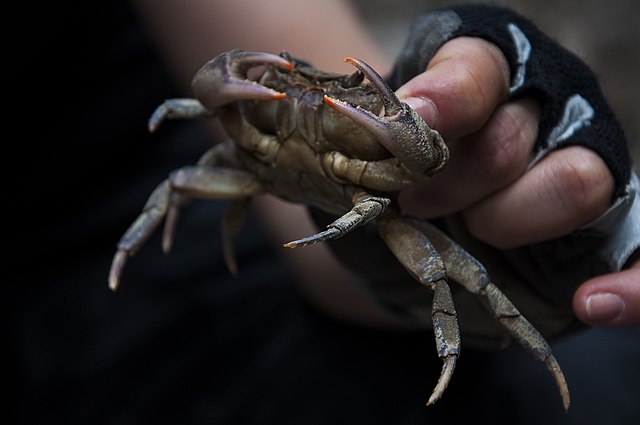 At the moment Germany has 1,873 pictures, having had only six weeks to conduct all preparations before the start of contest. They are currently working on the jury: four applicants for the national jury and one for the international.

The Macedonian team consists of four people. Two of them are organizers of the contest, one is in charge of advertising and publicity and the other provides video tutorials. In Macedonia there is a very active and prolific participant – Darco Nikilovsky who has uploaded nearly 1,000 photos from his native country!

A distinctive observation of Andorra and Spain’s contest is that the vast majority of all uploaded photos are from the Catalan region. The Spanish team is working hard to attract the other regions. For Andorra and Spain the contest has had a good start, generating 1 out of 5 of all photos. They have also a dedicated a Flickr group that works well with over 100 photos pending to transfer to Commons. 80% of the photos were uploaded by one user known as a very active participant in previous editions of Wiki Loves Monuments. At the moment they have 2,965 photos from these two countries, 255 sites are photographed, 88 of them without any photo before the competition. The hardest part for the Spanish team was to prepare the lists. The concept of natural heritage was quite confusing for them with different levels of protection and different management offices. It was a challenge to engage a partner. There are five people in the organizing team. They have 11 local categories for awards by regions: Andorra, Catalonia, Balearic Islands and Land of Valencia, plus subregions for Catalonia.

The Brazilian team collaborates with the biggest online magazine and negotiates with Nikon. One of the most popular technology portals in Brazil – Techtudo – published an article about “Wiki Loves Earth 2014.” Brazil can brag about its 1,696 photos. Since the Brazilian team doesn’t have a chapter and a group of very active people working together, it’s complicated for them to plan and execute projects. Rodrigo Padula (a coordinator of the contest in Brazil) planned and executed a big deal of work himself. But he received support later from the other members of the Brazilian user group (with creating the lists of places and natural heritage).

Another problem was with the local legislation that requires registration and authorization from the state for certain kind of contests. They had to stop the negotiations with companies to get local support and local prizes since only cultural/artistic contests with no trademark/products/services associated, published/announced can be realized without a governmental authorization. So to avoid some bureaucracy they had to organize everything with some limitations. 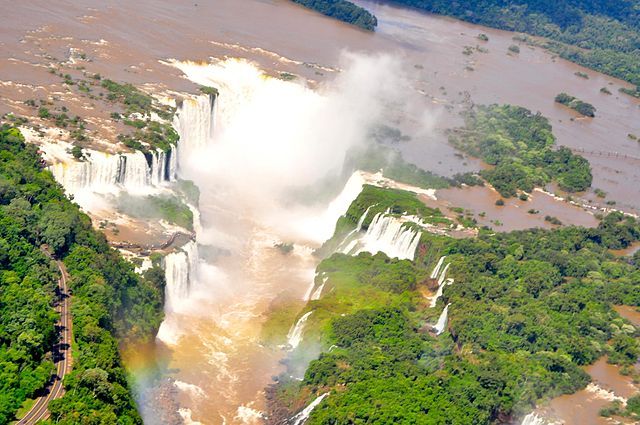 The Nepali team is one of the most active, especially on social media. They promote their Facebook page and work with an international one. Our colleagues from Nepal communicate with the Nepal Tourism Board for getting the list of natural heritage. Also they are going to cooperate with the Nepal Nature Conservation, UNESCO, ICIMOD, International Union for Conservation of Nature and other environment funds. They now have 860 photos.

The Netherlands has made an official partnership with 20 existing National Parks that exist to collaborate on communication, organization of events and access to expert knowledge. Throughout the two months Wikimedia Nederland will be hosting photography and Wikimedia Commons workshops, including a private tour in different parks across the country. They now have 313 photos. In the Netherlands our colleagues focused on the 20 national parks as a criteria for the pictures. Therefore they have 20 areas where people can take photos to enter into contest in five categories. For each national park there are pictures already available on Wikimedia Commons. The Dutch team has three people from the Wikimedia Netherlands chapter at the office working on it: Sindy Meijer, Denise Jansen and Ellen Busink. They are responsible for communications and event organization. Of course they also have a WLE workgroup with volunteers, who do a lot of the technical aspects and provide support for Wikimedia Commons. The local jury set-up consists of five people.

The prizes are already set. There are two main prizes: one for sound and one for photography. The first prize is a weekend in a national park of the Netherlands worth 300 euros each. The second prize is a garden observation camera that people can put in their garden to observe what’s going on in their backyard. Then they have a third prize for each category of photography: a book on nature photography, a photography book on Dutch nature, a backpack and hiking guide on national parks, binoculars and a photography printed on wood.

In Austria there are 3,298 uploaded photos. The Austrian team consists of four volunteers who prepare the contest (lists, communication, technical support), one freelancer for website, folder and jury tool, and two WMAT staff for support (PR, jury organization, liaison management with potential partner institutions). Their jury consists of five people: one Wikipedian, one professional photographer, one person from a civil society organization (International Association for the Advancement of Innovative Approaches to Global Challenges (IAAI), one public administration (Federal Environment Ministry) and one scientist (Head of the Botanical Garden in Graz). Canon is a sponsor of WLE Austria. It sponsored two camera sets (worth 550 EUR each) as main prizes.

The official international site is available at http://wikilovesearth.org/ We also post all interesting information about the contest at the international Facebook page: https://www.facebook.com/interwle

The most beautiful photos are on the Wiki Loves Earth Instagram account (@Wikilovesearth). A few days ago we started communication on Twitter (@wikilovesearth). We try to update all these accounts as soon as possible!

This year all international teams have the same aim – to show the biggest numbers of environmental beauties of their countries and gather as many photos for Wikipedia as they can!

P. S.: We would like to thank Lodewijk for sharing his priceless experience (and still being shared) and Romaine for the sleepless night spent on the IRC channel providing technical support. We also want to thank all volunteers doing small and big things here and there, helping out.

P. P. S.: The Brazilian User Group developed a tool to read database information and generate a report about the Wiki Loves Earth, including all participating countries listed on commons: http://tools.wmflabs.org/ptwikis/WLE