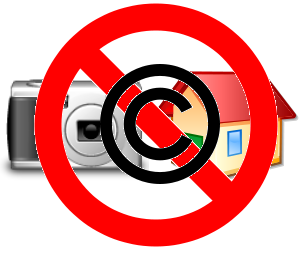 On March 12, 2014, the Federal Law that introduced changes to the prime source of Russian civil law, the Civil Code, was signed. This sign-off brought to life many amendments that Russian members of Wikipedia have been eager to see for a long time.

The main changes relevant to Wikimedia projects are listed below:

These changes are a result of a lot of hard work on behalf of Wikimedia-RU, the local chapter of Wikimedia movement in Russia – proposing, discussing and defending amendments to the Code.

Wikimedia-RU officially started work on changes to the Civil Code in 2009 when the first open letter to the State Duma was published.

In 2010, we sent a detailed list of our proposals to the Codifications Council. The list was a result of real wiki-corroboration: editors published their comments and proposals on the village pump and all ideas were brought together by WM-RU. Afterwards, the list was published on a number of popular websites where it gathered feedback from external users who helped evaluate possible drawbacks of proposals and suggested some additional changes. The Final list of proposals became “a light at the end of the tunnel” for WM-RU.

Changes to the Civil Code went through hundreds of discussions in the State Duma, expert committees, TV programs; WM-ru members even participated in the meeting with Dmitry Medvedev. The proposed liberalization of the law drew heavy critics from the Russian Authors’ Society, media companies and book publishers. The critics tried to minimize effect from innovations, for example, by obligatory state registration of all publications under free licenses: that could result in necessity of state registration of every Wikipedia edit in order to get it officially protected by CC-BY-SA.

Fortunately, proposed changes were mostly approved by the State Duma in February 2014, by the Council of Russian Federation in March 2014, and signed by the President.

What will it give to Wikimedia projects? Starting on 1 October 2014 we will be able to:

We would like to thank all the people and organizations that helped us during this difficult time. We are looking forward to continuing such work in the future.