With participants from more than 80 countries, Wikimania 2013 was a great opportunity for the Language Engineering team to meet with the users from very different language communities. We shared ideas about language tools with users from around the world, and the fact that Wikimania was held in Hong Kong this year was an opportunity to specifically discuss the support of our current and future tools for the Chinese language.

During the developer days which preceded the conference, we discussed how the Universal Language Selector (ULS) could support languages with multiple variants and ordering methods:

Thanks to our conversations with Wikipedia editor and volunteer developer Liangent, we now better understand the context and the implications of those problems for the case of Chinese, which was key to informing our design process. By understanding the possible scenarios and the frequency of use of these features, we could better decide how prominently to present them to users. With this information, we extended the designs of the ULS to include both ordering and variant selection options, and could provide initial technical guidance on how to extend the modular ULS architecture to support the above features. 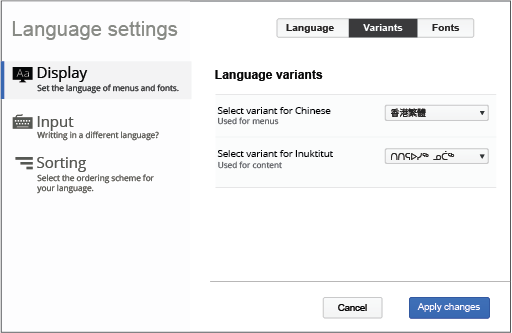 Extending the designs of the ULS to add language variant and sorting scheme selection (only when languages have more than one option for those).

Wikimedia projects support more than 300 languages with very different needs. As illustrated above, close collaboration with volunteers from the different language communities becomes essential to guarantee that all languages are properly supported. Please contact the Language Engineering team if you find that any particular aspect of your language is not properly supported in Wikimedia projects.

During the “Improving the user experience of language tools” session, we introduced the initial ideas for the Content Translation project. The attendees were invited to test our initial prototype right after the session, or join the list of test participants for future remote testing. Three users tried the prototype after the session and provided useful feedback on the proposed design ideas. If you are interested in the project, please join our testing sessions.

A translation sprint also took place during the conference. Users attending the session used the Translate extension to create translations on Meta Wiki and translatewiki.net. Many users learned how to provide translations to MediaWiki and other open source projects, but we also learned from observing users doing so. Since several users attended the conference with a tablet device instead of a laptop, it was a good opportunity to see the translation tool working on touch devices. Despite the typing-intensive nature of translation and some lack of support for some scripts of mobile operating systems, most users were able to contribute their translations using touch devices. 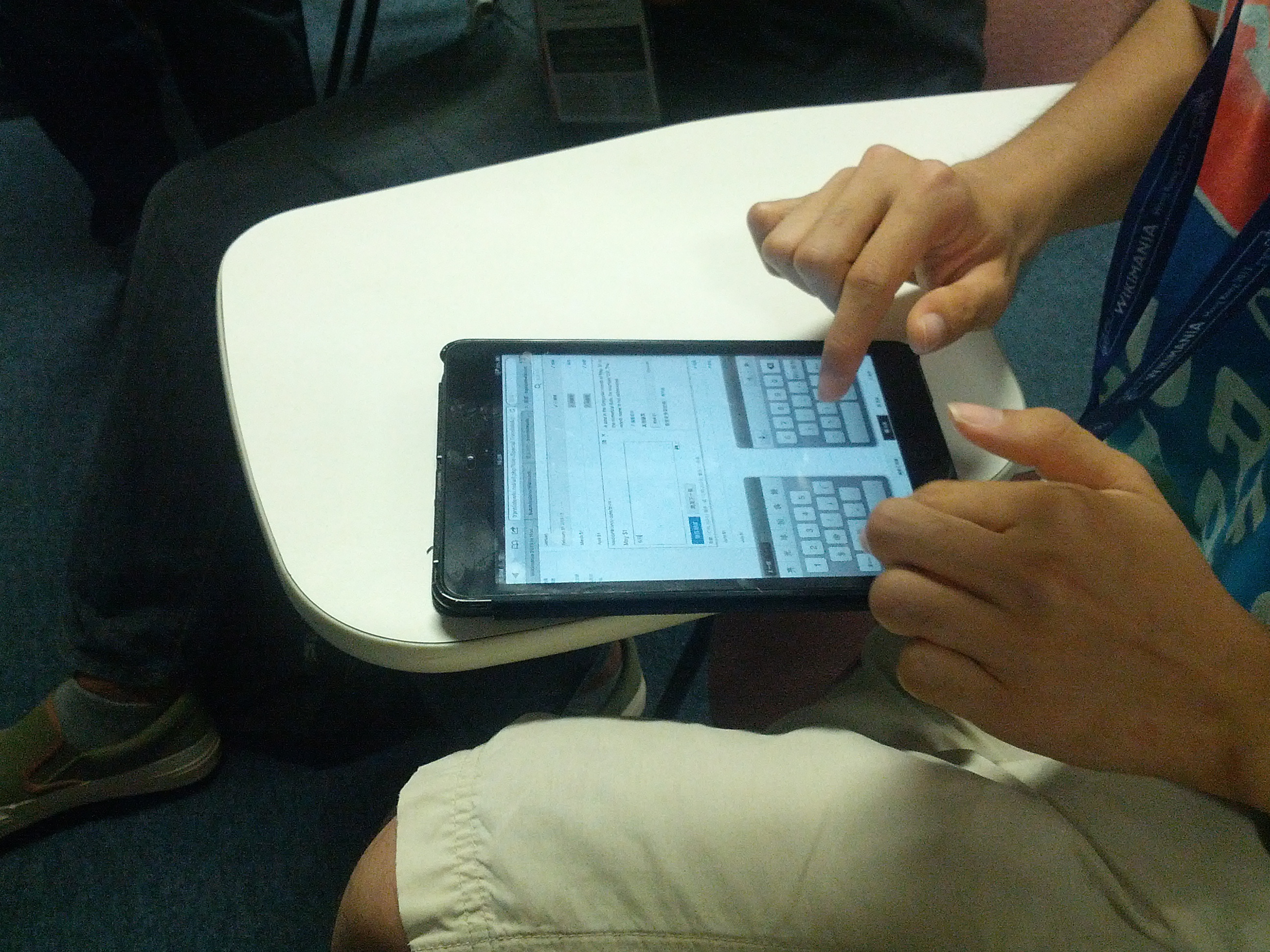 Translator using a tablet device during the Wikimania translation sprint.