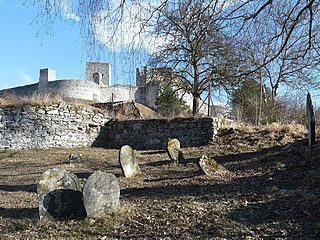 The Jewish Monuments grant project aims to gather freely licensed photos of all existing Czech Jewish monuments, with particular focus on synagogues and cemeteries, whether those are still in religious use or are used for different purposes. The grant is part of Wikimedia Czech Republic’s Mediagrant project (see earlier blog post). It was launched in August 2011 and was inspired by projects documenting Czech municipalities, protected Natural Areas and Memorable Trees throughout the Czech Republic.

When we started planning, there was a wiki page containing a list of Czech Jewish cemeteries, some of which had articles about them; there were also several articles on major Czech synagogues and the portal of Judaism (Hebraistika). However, no records about the buildings of Czech synagogues were available for the photographers to check when planning a trip. Therefore it proved essential to put together all Czech Jewish monuments to show which had been documented sufficiently and which of them were still lacking any photographic documentation.

The first step was to make lists of the monuments by region, including the names of each (e.g. Synagogue in Slatina), the town and district they were situated in, their GPS location, a brief description commenting on the position, availability and usage of the building these days, and any photos already taken. When the 2012 Wiki Loves Monuments competition was about to start, and lists of Czech cultural monuments were being put together, the charts became a useful source of information on available photos. Logically, one of the grant rules is to fill in any newly photographed places in the charts to keep the information current and ready-to-use by other photographers. 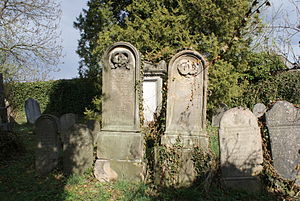 Obtaining the GPS data proved to be one of the most difficult columns to complete, as some cemeteries and synagogues were hardly ever mentioned in online or printed materials. As a result, their position often had to be checked with the local authorities. Some municipal officers were so helpful they offered to provide pictures of their own or even take new ones. Unfortunately, some of the monuments still lack exact positioning.

Several photographers expressed surprise at seeing how the original purpose of many buildings had changed over the years. While some former synagogues are used as concert halls and museums, other synagogues, in particular those in rural areas, have been turned into houses, fire stations, shops or even discos. Many of the cemeteries have also been long forgotten, so that even some locals have no idea of their existence; others are looked after well, with caretakers routinely restoring the fallen gravestones and remodeling the stone fences. Alas, there are some cemeteries that do not get any attention at all, presenting the lonely visitor with a scene of broken gravestones scattered all over the place, nettles flourishing in places where gravestones have been stolen, and unpruned trees casting shadows on the pebbles that visitors had placed on the tombs long before. 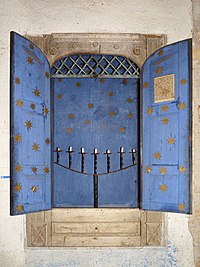 As of 10 May 2013, photographs from eleven journeys have been listed in the Mediagrant Tracker. None of them focused just on Jewish monuments, as the places tend to be situated rather far from each other and photographers usually plan their journeys to also include municipalities, memorable trees and protected areas, i.e. objects included in other Mediagrant projects.

The following table shows photo journeys made between August 2011 and April 2013 listed in the Czech Jewish Monument grant and the number of photos taken during the journeys.

The table below shows journeys made in the same period that also included photos of Czech Jewish monuments under the Jewish Monuments grant, though listed in different Mediagrant topics.

It is true that the two years of the Czech Jewish Monuments project have shown clearly it doesn’t reach the popularity of the Protected Areas or Czech Municipalities projects, partly because the topic is not able to address or attract the masses, and also because not many Wikipedians are actually taking part in the project. Still, we believe it is worth continuing, since the Jewish culture has always been part of the country’s social life and history.

(You can see more photos in this category on Wikimedia Commons)