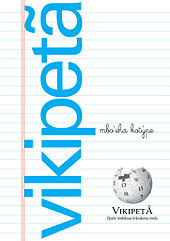 Wikimedia Argentina, the first Wikimedia chapter in Latin America to be founded, has a long history of activities related with promoting the use of Wikipedia and other Wikimedia projects in education, mainly in secondary schools and universities.

In 2010, it published a booklet entitled “Wikipedia en el aula” (Wikipedia in the classroom in Spanish), aimed at teachers and other education professionals. A significant number of students in Argentina currently use Wikipedia as their main source of information, so the booklet tries to answer several questions a teacher has about Wikipedia, such as “Is it reliable?” or “What can I do if my students use Wikipedia?”. “Wikipedia en el aula” not only addresses these questions but also presents several cases of teachers who have used Wikipedia as a learning tool within their own classrooms. The booklet presents simple examples illustrating how the online encyclopedia can be used as a place to develop writing and debating abilities and to motivate participation and engagement within a community.

The booklet has been distributed to several schools in Argentina and has inspired the Argentine government to create a space about Wikipedia within its own education portal, educ.ar. 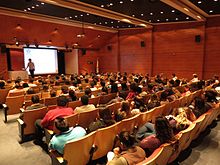 Wikimedia Argentina has organized several workshops and presentations for Argentine students and teachers.

Following other of its own strategic pillars, Wikimedia Argentina developed the first edition of “Wikipedia en el aula” in an indigenous language, with the goal of promoting the usage and development of the historically displaced native languages of the current Argentine territory. In its first edition, “Wikipedia en el aula” was translated into Guarani (“Vikipetã mbo’eha kotýpe”), spoken not only in Northeastern Argentina but also in an area encompassing Southern Brazil, Western Bolivia, and Paraguay, where it is one of the two official languages. Wikimedia Argentina will publish a first edition with 500 printed copies to be distributed in schools and other educational institutions, and it expects to broaden the number of languages in the future.