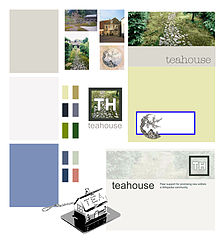 When Heather Walls designed the Wikipedia Teahouse, she was inspired by the name to create a space with “a sort of zen feeling” where new editors could relax, have a cup of tea, and get help learning the ropes from experienced Wikipedians. Her design for the Teahouse, which is full of gentle colors and images of people and nature, aims to create a “softer entry point to Wikipedia, where you can see there are other humans, and they’re the ones talking to you.”

When she’s asked about the project or about her work as a visual designer, Walls often comes back to the theme of human connection. “The Teahouse gives people a chance to see each other, to see that Wikipedia is other human beings,” she said. “I love watching the hosts give patient and supportive answers to all kinds of questions, and how thankful guests are in return.”

In the eight months since it was launched on English Wikipedia, new and experienced editors have come to enjoy the Teahouse’s warm atmosphere. “It’s surprising how relaxing the site design is,” said Teahouse host Writ Keeper. “I’m not an artsy type…so I never would’ve thought that site design would make such a difference, but it does.”

Walls says what she likes best about all the projects that she works on is the purpose and dedication of the people involved. “My hope is that as many people as possible can feel ownership of this mission.”

In 2011, Walls started contracting with the Wikimedia Foundation, creating outreach materials for hackathons and recruitment, and soon moved on to projects like Teahouse, Wikipedia mobile, a Funds Dissemination Committee portal, and a portal for new editors on Arabic Wikipedia. With a background in architecture and a degree from Harvard Graduate School of design, she has experience designing both real and virtual spaces. She’s also an active Wikipedia editor in her spare time, patrolling new pages and serving as a host in the Teahouse.

The WikiWomen’s Collaborative logo–which features an image of hands forming a “W” shape–is another one of Walls’s designs that focuses on people finding common ground. The WikiWomen’s Collaborative project supports women’s participation in the Wikimedia movement by celebrating inclusivity and diversity, and this ideal brought some challenges to the design process. “We were definitely going for not-pink,” says Walls, “though this logo can be any color and it doesn’t change the recognition.” The idea for the logo came from a photo taken at the WikiWomen’s lunch at Wikimania in 2012, where over 100 women from around the world gathered. “Looking through our hands creates a sort of window we share,” she said. “We do things with our hands, everyone around the world, we have that in common. The WikiWomen’s Collaborative is about women everywhere contributing to the voice of the world.”

Addressing Wikipedia’s gender gap is, at it’s core, about widening representation and incorporating more perspectives into the sum of human knowledge. Walls recognizes the unique perspective that she brings to her own design practice. “Every individual brings their experiences, and as a woman I do have a different viewpoint. My view and experience, the fact that I have learned to understand the importance of invitation, that is in what I do now, even if a project is not specifically aimed at women.” 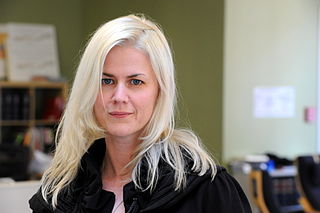 Proving that a Wikimedian’s work is never done, Walls just completed a redesign of the Teahouse to make it even easier for guests to find the help they need. “As we added features and explanations to the main pages of the Teahouse over time, simplicity and some of the visibility of the Teahouse organization was lost.” Some editors were attached to her old design and initially opposed the updated version, and Walls said she also felt some nostalgia while rolling out the changes. Ultimately, thanks to lots of community input, the original colors and Teahouse logo were retained in the new design, because they play an important role in the emotional connection users have with these pages on Wikipedia.

Come stop by for a cup of wiki-tea in the newly revamped Teahouse on English Wikipedia, or visit the WikiWomen’s Collaborative on Facebook to continue the conversation. Heather Walls and other WikiWomen look forward to meeting you there!