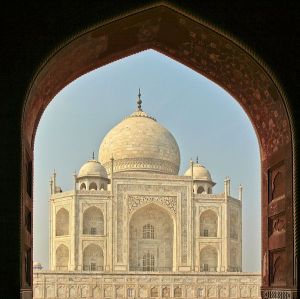 Very few buildings in the world inspire the reverence and wonder of the Taj Mahal in Agra, India. Diego Delso captured this image, displaying both the sublime beauty of the monument and the intricate artwork of the arch in the foreground. Delso, otherwise known by his Wikimedia Commons username Poco a poco, was vacationing with his brother in India. His tour guide told him about the archway that gives this stunning view of the building.

While this iteration of the photo looks spectacular, Delso said the original did not turn out quite so well. When he initially shot it with his Canon EOS Digital Rebel XTi, the foreground arch turned out to be very dark, which he said was “a consequence of using the camera in automatic mode.” However with the help of users NorbertNagel and Aleks G, Delso was able to edit the picture to bring out the frame.

Delso first began taking pictures in 2002 while on vacation in Japan. He purchased a Casio Exilim, which had just 1 megapixel, “but it was small enough to carry around everywhere.” He later upgraded to the Canon EOS Digital 400D to better take pictures of an extended trip to the United States. Delso admits that during that trip, “I used the camera mostly in automatic mode because I never invested time to understand all those camera gadgets.” 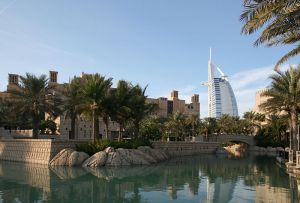 It wasn’t until he joined the Wikimedia Commons community and began interacting with other contributors that he further developed hi photography skills. After discovering the Quality Images process on Commons, he began to propose a lot of pictures to QI based on the criteria of “beauty” rather than “quality.”

Delso mentioned that “the feedback from experienced users on my pictures was invaluable.” At the same time, this motivated him to further educate himself on the features of his camera. He began to understand important concepts like depth of field, chromatic aberration, overexposure, perspective distortion, and he also started to save pictures in RAW format so that he had more flexibility to improve his pictures with post-processing software.

Despite having three of his pictures featured as Picture of the Day on Commons, Delso maintains his modesty. “The best thing is that after 6 months of photography fever, I still have the impression that I have so much to learn and experience, and it is so much fun sharing all that in Commons,” he said.