This profile is part of a series about Offline Wikipedia.

If you’re fortunate enough to have access to a computer and the Internet, you can get the sum of the world’s knowledge for free thanks to Wikipedia. But if you’re like the majority of the world that isn’t online, how can you access this amazing resource? 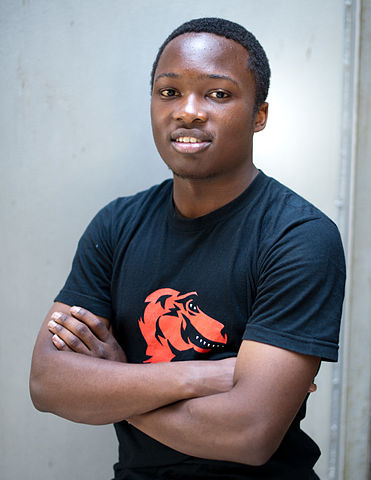 What if someone brings it to you by hand?

Alex Wafula, a Wikipedia editor and 3rd year student at Strathmore University, in Nairobi, Kenya, has helped start the Wikimedia Project for Kenyan Schools, where he and a team of volunteers travel to remote parts of Kenya to share offline Wikipedia with students. Wafula and the team install offline versions of English Wikipedia from a disc or memory stick in schools that have computers, and they have provide both teachers and students with tutorials on how to operate the database.

“I’ve always been fascinated in discovering new things and knowing why things work the way they do, like why’s the sky blue and not red, what makes planes fly and boats float etc. Now what’s even more fascinating for me is sharing this,” said Wafula.

Organizers of the project began by procuring a list of schools with computer labs from the Kenyan Ministry of Education. From that list they divided the schools into 3 distinct regions: Kakamega Town (Western Kenya), Nyeri Town (Central Kenya) and Mombasa City (South Eastern Kenya) with 10 schools per region and a total of 30 schools.

Project members were mostly based in Nairobi and traveled 7 hours by bus to reach Kakamega and Mombasa City, and 4 hours to Nyeri. The teams typically stay 5 days in each region. To reach their goal of 2 schools per day, the team utilize an assortment of transportation including mini-buses, tuk-tuks and motorbikes to travel from school to school, which in some cases are considerable distances apart.

In Kenyan public schools that have computers, Wafula said, students take turns in time-allotted sessions in the computer lab and share a single computer with as many as three other classmates. Wafula noted that some of the computers he dealt with at these labs were too old and needed repair before they could install the offline Wikipedia.

“In high school, I spent many hours reading encyclopedias and from the knowledge gained, I found hope of making something out of my life,” said Wafula. “It’s my hope that students who get access to offline Wikipedia will find hope of a better future for themselves and their families as well from the knowledge they gain.”

In 2003, education in public schools in Kenya became free and universal. According to Wafula, however, the number of students enrolled in the public school system has exceeded the capacity of the system, with as many 60 students (or more) being taught by a single teacher. Schools in rural areas lack enough desks and chairs to facilitate all the students and in some cases students attend class in half-built classrooms or under trees. Textbooks are shared between 2-4 students and school supplies are treasured commodities.

In this context, gaining access to hundreds of thousands of Wikipedia articles is a marvel.

“There is so much promise in these kids, despite the adversities they face,” said Wafula. “In their world full of challenges and uncertainties, I’m happy that I got to deliver one of their solutions.”