As part of the Wikimedia Movement strategic plan, regular surveys among Wikipedia editors are an important way to take the pulse of the community and identify pressing concerns and needs. We are happy to share results from the second editor survey that was conducted in December 2011. We began survey efforts in April 2011, and results from the first survey are available here. We would like to point out that although this blog post and the following ones will be looking at some trends across the April and December survey, 7-8 months is a rather short time to see statistically significant change on important indicators like gender distribution resulting from Wikimedia Foundation initiatives. Here are some demographic data about Wikipedia editors:

a. Wikipedia editors continue to be predominantly men

The gender distribution of Wikipedia editors hasn’t changed since the last survey. Among those surveyed, 90 percent self-identified as males, 9 percent as females and 1 percent as transsexual or transgender. That being said, there was a greater amount of female editors among those respondents who had joined more recently: Among editors who had joined in 2011, 14 percent were female compared to 10 percent for 2010, 9 percent for 2009 and 8 percent for editors who had joined in 2008 and participated in this survey. Possible explanations include that Wikipedia has been attracting a higher ratio of women recently, or that female editors leave the project sooner. There were no significant variations across the major language Wikipedias, with the exception of the Russian Wikipedia, which reported only 6 percent female editors. Also, out of all editors in the US, 15 percent are women, which is significantly higher than any other country of residence. Conversely, there are fewer male editors in US (85 percent) compared to other countries (UK, India, Brazil, Canada) where 90 percent or more of editors are males.  With initiatives like the Teahouse project that engages new editors through outreach, we hope to increase the number of female editors on Wikipedia. 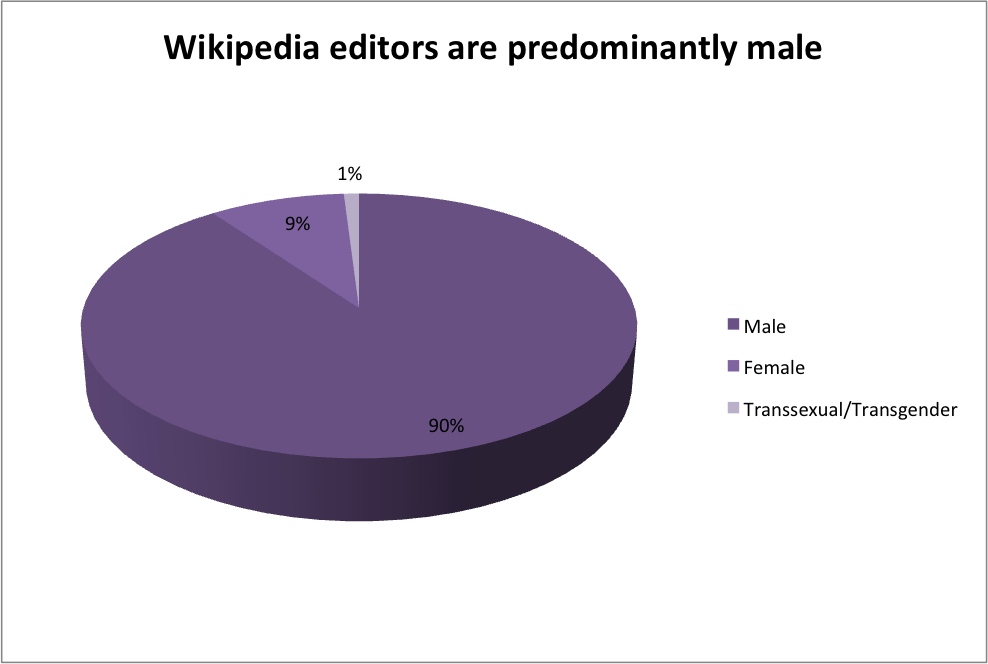 b. English Wikipedia continues to be the most read and edited Wikipedia

Q1a. Which language versions of Wikipedia do you CONTRIBUTE to? Please choose all that apply.

Q1b. Which language version of Wikipedia do you PRIMARILY CONTRIBUTE to? Please choose ONE.

Q2a. Which language versions of Wikipedia do you READ? Please choose all that apply.

Q2b. Which language version of Wikipedia do you PRIMARILY READ? Please choose ONE.

If you are interested learning more about Wikipedia editors – from age demographics to their editing experiences, please check out this space as we publish the long-awaited topline findings from the survey.

In December 2011, we conducted an online survey of Wikipedia editors in 17 languages. This is the first in a series of blog posts summarizing our findings. If you are interested, you can find out more about the methodology of the survey here.