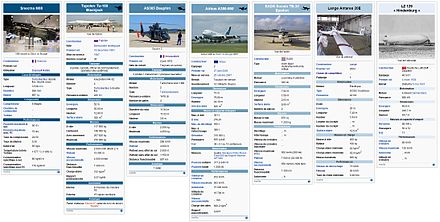 Wikimedia Deutschland, the German chapter of the Wikimedia movement, and the Wikimedia Foundation are proud to announce Wikidata, a collaboratively edited database of the world’s knowledge and the first new Wikimedia project since 2006.

Wikidata will support the more than 280 language editions of Wikipedia with one common source of structured data that can be used in all articles of the free encyclopedia. Wikidata is expected to lead to a higher consistency and quality within Wikipedia articles, as well as increased availability of information in the smaller language editions. At the same time, Wikidata will decrease the maintenance effort for the 90,000 volunteers editing Wikipedia.

“Wikidata is ground-breaking. It is the largest technical project ever undertaken by one of the 40 international Wikimedia chapters,” said Pavel Richter, CEO of Wikimedia Deutschland. “Wikimedia Deutschland is thrilled and dedicated to significantly improving the data management of the world’s largest encyclopedia with this project.”

In addition to the Wikimedia projects, the data is expected to be beneficial for numerous external applications, especially for annotating and connecting data in the sciences, in government, and for applications using data in very different ways. The data will be published under a free Creative Commons license.

The initial development of Wikidata is being funded with a donation of 1.3 million Euros, half of which comes from the Allen Institute for Artificial Intelligence [ai]². The Institute supports long-range research activities that have the potential to accelerate progress in artificial intelligence. It was established in 2010 by Microsoft co-founder Paul G. Allen, whose contributions to philanthropy and the advancement of science and technology span more than 25 years.

“Wikidata is a simple and smart idea, and an ingenious next step in the evolution of Wikipedia,” said Dr. Mark Greaves, Vice President of the Allen Institute for Artifical Intelligence. “It will transform the way that encyclopedia data is published, made available, and used by a global audience. Wikidata will build on semantic technology that we have long supported, will accelerate the pace of scientific discovery, and will create an extraordinary new data resource for the world.”

One quarter of Wikidata’s initial funding has been donated by the Gordon and Betty Moore Foundation through its Science Program. ”It is important for science,” said Chris Mentzel, Gordon and Betty Moore Foundation science program officer. “Wikidata will both provide an important data service on top of Wikipedia, and also be an easy-to-use, downloadable software tool for researchers, to help them manage and gain value from the increasing volume and complexity of scientific data.”

Google, Inc. has provided another quarter of Wikidata’s funding. “Google’s mission is to make the world’s information universally accessible and useful,” said Chris DiBona, Director, Open Source at Google. “We’re therefore pleased to participate in the Wikidata project which we hope will make significant amounts of structured data available to all.”

Wikidata will be developed in three phases. The first phase is expected to be finished by August 2012. It will centralize links between the different language versions of Wikipedia. In the second phase, editors will be able to add and use data in Wikidata. The results of the second phase are scheduled to be released in December 2012. The third and final phase will allow for the automatic creation of lists and charts based on the data in Wikidata. This will close the initial development process for Wikidata.

The team of eight developers is being led by Dr. Denny Vrandečić. Formerly of the Karlsruhe Institute of Technology, he works with Wikimedia Deutschland and is, together with Dr. Markus Krötzsch, of the University of Oxford, co-founder of the Semantic MediaWiki project, which has pursued the goals of Wikidata for the last few years. The proposal for Wikidata was developed with financial support by the EU project RENDER, which also involves Wikimedia Deutschland as a use-case partner.

Wikimedia Deutschland will perform the initial development, and plans to hand over operation and maintenance of the project to the Wikimedia Foundation by March 2013.