As an increasing number of people access the internet from their mobile phones Wikipedia needs to become increasingly mobile. Recently we wrote about the new mobile frontend but how do you get to a Wikipedia article in the first place, especially if you don’t know what you’re looking for or don’t speak the local language?

Introducing QRpedia.
QR codes – barcodes for the internet – have been around for decades and the technology is increasingly being used in everything from street advertising to museum object labels. QRpedia takes the concept one step further to allow a single QR code to send you seamlessly to the mobile-friendly version of any Wikipedia article in your own language. This system is unique to Wikipedia because no other website has manually created links between languages across such an incredible breadth of topics. 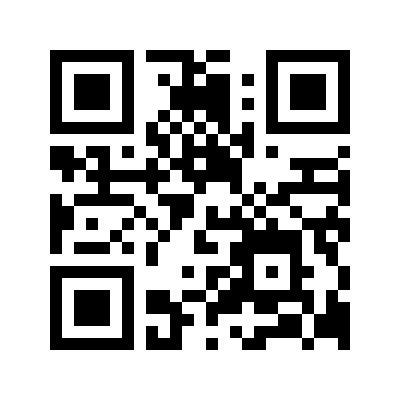 A QRpedia code for the Wikipedia article about the artist Joan Miró. 1 code, 40 languages. Try this one for yourself!

When you scan the code the language setting of your phone is also transmitted. QRpedia uses Wikipedia’s API to determine whether there is a version of the chosen Wikipedia article in the language your phone is using, and if so, displays the mobile-friendly version. If there is no article (yet!) in your preferred language it will show you the most relevant article instead.

Launched in April this year, the open source QRpedia was developed out of the partnership between the Derby Museum and Gallery, England and local Wikimedia contributors Roger Bamkin, chair of Wikimedia UK, and Terence Eden, a mobile web consultant. As “Wikipedian in Residence” at the Derby Museum, Roger capitalised on this system by hosting the hugely successful Multilingual Challenge (map of participants) to ensure that content of key importance to the museum was translated into as many languages as possible. Terence built the system and the museum was kind enough to install object labels incorporating the codes.

In an era when cultural funding is very constrained, the combination of QRpedia and the global Wikipedia community enabled the Derby museum to produce a multilingual visitor experience at virtually no cost. Easy mobile access to Wikipedia articles allows visitors to the museum to access unprecedented detail about the objects and their context – information that didn’t make it onto the exhibit label.

Jimmy Wales scanning the QRpedia code at the working antique carousel in the Children’s Museum of Indianapolis.

This system is now in use in other museums around the world. These include exhibitions at the on-site museum of the the National Archives of the UK, in the permanent signage of key objects at The Children’s Museum of Indianapolis and in a major traveling exhibition of Miró’s work in association with the Fundació Joan Miró of Barcelona.

To generate your own QRpedia codes visit http://qrpedia.org/
and simply paste the URL of any Wikipedia article into the box.
The freely licensed sourcecode can be viewed at http://code.google.com/p/qrwp/