(This is the fourth installment in a series of updates from the WikiHistories summer research fellows, who will be studying the virtual community history of different Wikipedia editing communities.) 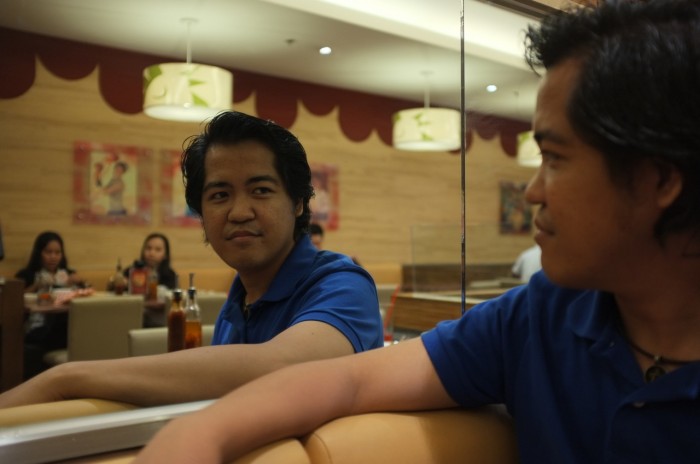 Did you know that Tagalog Wikipedia’s first active editor doesn’t speak Tagalog as his first language? This is one of a number of unusual things about Eric Andrada-Calica, who I first noticed at an all-day Wikimedia Philippines meeting in part because he did not utter a single word, except during lunch. I was even more surprised when I learned that after seav began Tagalog Wikipedia in early 2004 but continued to focus on English Wikipedia edits and administration, it was Eric who took the reins in September when he became a sysop and began to manage a project that, at the time, had less than one hundred articles – to one that now has more than 50,000 and counting. And because he does err towards silence, it was even more exciting to interview him and find out some of his interests and motivations for being such an active editor.

The first striking thing I learned is that Eric is from La Union, a Philippine province where Ilocano, rather than Tagalog is typically spoken as a first language. He explained the reason why he edits primarily in Tagalog: “I’m a native Ilocano speaker, but the problem is that I can’t write in Ilocano. I write more often in Tagalog.” Eric makes occasional edits in Ilocano and English, though he is not nearly as active in those two languages than in Tagalog, where he has made his most substantial contributions.

An examination of those contributions reveals that he is not primarily focused on article creation, even though he admits to timing his contributions so that the article he created on his home province of La Union was the 100th article on Tagalog Wikipedia. When asked about his motivations for starting to edit so actively, he recalled simply that as a self-professed “Internet addict” with a lot of downtime at his job, he saw many missing articles in Tagalog Wikipedia when he started around September 2004, and felt an urge to work on expanding the site.

“I am more of a general editor,” he says. “I sometimes translate articles but I usually don’t originate.” Thus, he ensures Tagalog Wikipedia’s functionality as he encounters new articles and edits to make sure that they conform to the site’s policies, while also watching out for vandalism, an increasing problem as the site becomes larger. Among the policies he enforces are source citation, image copyright, as well as the site’s controversial and often-discussed language policies. Though in the beginning, he did create or expand articles pertaining to provinces of the Philippines and then countries in the world, he also created articles based on the list of 1,000 articles all Wikipedias should have.

However, his role as a Wikipedia editor and administrator has diminished over the years, he says, “because I was a Junior Programmer when I started. Now I manage a segment of the software so I don’t have time.” Also, other administrators  have increasingly played larger roles in the organization. But as others have noticed, there seem to be fewer active editors and administrators to replace ones who have become less active.

While others editors are attempting to attract new Wikipedians through outreach related to Wikiemdia Philippines, Eric seems to prefer to stay behind the scenes. In fact, he is perhaps one of the few Philippine-based active Tagalog Wikipedia editors who is not a Wikimedia Philippines board member, though he is becoming more involved with the organization and regularly attends meetings. While other Tagalog Wikipedians are playing a more active role in Wikimedia and are meeting Wikipedians from other countries through Wikimania, chapter meetings, and other opportunities, Eric seems relatively content playing the important role of monitoring and maintaining the day-to-day activities of Tagalog Wikipedia.