Michel Aaij’s Wikipedia resume is impressive – more than 60,000 edits, a couple of Good Articles, a Featured List, almost 150 Did You Knows. But there’s one credit he’s most proud of: tenure.

For North American professors, tenure is one of the pinnacles of success in academia. Junior professors spend years building a portfolio that demonstrates teaching, research, and service to the discipline, then face a committee who evaluates the portfolio and determines whether to give the professor a lifetime position at that university or ask the professor to leave.

For Michel, a cornerstone of his tenure portfolio was Wikipedia.

Michel has been editing for years, especially on biographies of living persons, academia topics, and Dutch subjects (he’s originally Dutch). And he’s spent a fair amount of time copyediting, helping resolve disputes, and welcoming new editors. (He’s also a Campus Ambassador, helping students become contributors through the Public Policy Initiative). On the academic side, Michel started publishing in scholarly journal articles and working on a book, all while teaching in the Department of English and Philosophy at Auburn University Montgomery in Alabama.

A little more than a year ago, Michel started telling his fellow colleagues about his Wikipedia activities.

“I quickly found raised eyebrows and skepticism,” Michel admits. But he won his colleagues over by showing them the peer-reviewed aspects of Wikipedia, like the Good Article and Featured Article processes. And he contributed to articles particularly useful to Auburn University Montgomery, including the article on the school and a biography of a colleague, who told Michel that was really cool.

“I’ve written articles in many areas, and in many cases I could show my colleagues what I had done in their field,” Michel says. “I’d like to think that by now most of them have a favorable opinion of Wikipedia. Let’s face it: Guillaume de Dole, now a Good Article, there’s no database entry or encyclopedic article anywhere that compares to the Wikipedia article on that poem (and I realize that that says as much about Wikipedia as about the anywhere else).” 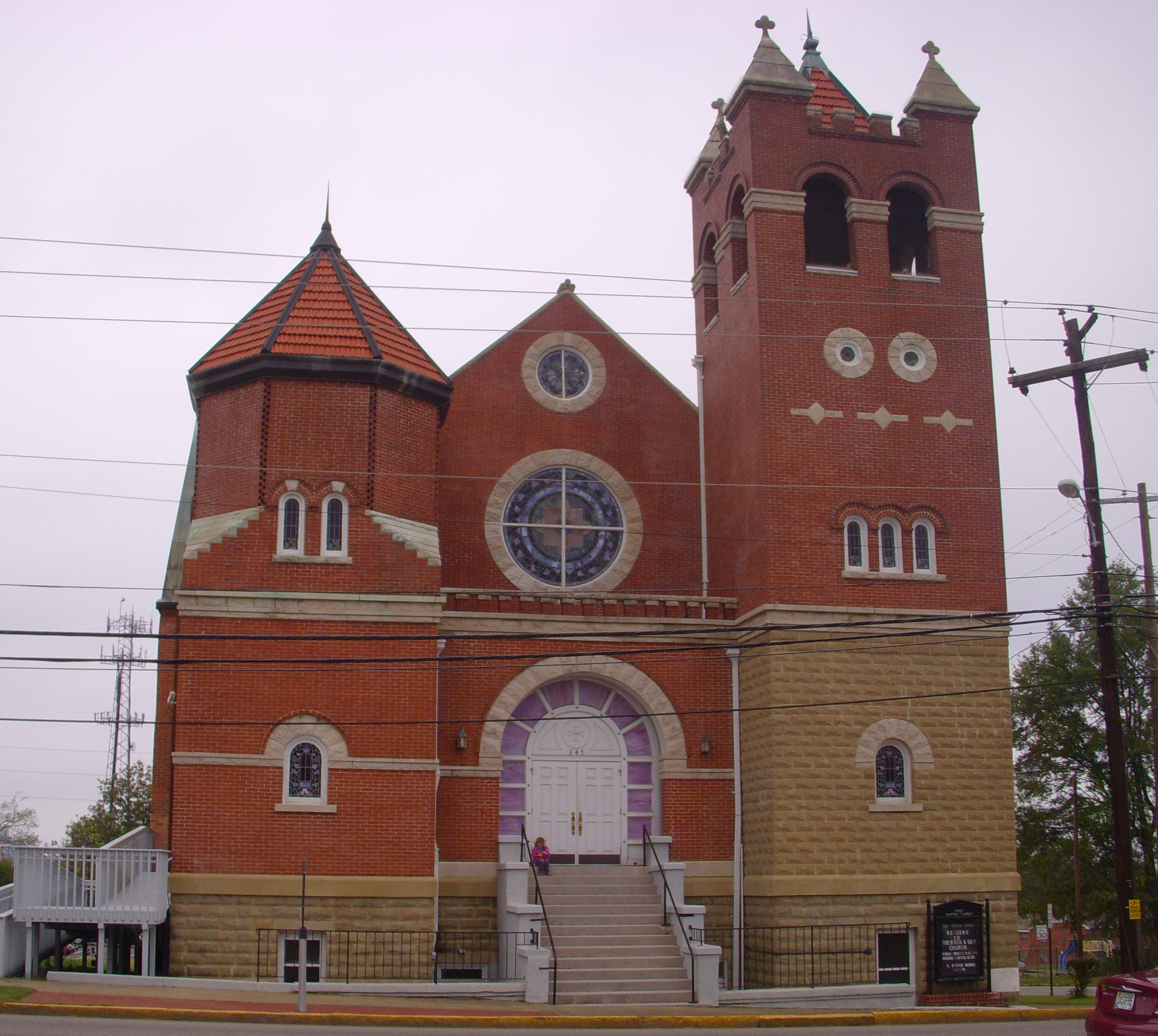 Michel Aaij also contributes photos to Wikimedia Commons, including this photo of the First Baptist Church in Montgomery, Alabama. That's his daughter sitting on the steps.

Michel felt that his contributions to Wikipedia merited mention in his tenure portfolio; after all, his colleagues had come around about the resource academia traditionally frowns upon after seeing what he had done. He thought the “service” section would be the logical fit. The least important of the three sections in terms of the tenure decision, the service area gives professors a chance to explain how their work in the field has benefitted knowledge about the topic. Michel wrote a few pages on how Wikipedia works, how he’d contributed, and how his edits to specific articles benefitted literary and medieval scholarship.

A few weeks before the portfolio was due, two of his colleagues (the poet he had written up and an eighteenth-century scholar with whom he chats regularly) suggested, after they had heard him talk once or twice about the peer-review process for a Good Article, that he should include it under “research” as well. And at many universities, the decision hinges in large part on the research section – where the “publish or perish” phrase comes from. Candidates for tenure must demonstrate that they have published in peer-reviewed publications.

Michel added the articles he’d achieved Good Article status for under the research section, including two that were going through the review process, and added articles that had appeared in the Did You Know section of the main page on medieval and literary topics, as well as topics about Montgomery, Alabama, the town in which his university is located.

“It took a bit of shuffling and organizing, but in the end I had a meaty section on Wikipedia and my work there under research, based on the claim that Did You Knows, Good Articles, and Featured Articles are all scrutinized more or less during a peer-review process,” Michel says. “I had supporting materials in the forms of articles I had written in both research and service. In the end, I suggested (based on the advice of three of my colleagues) that Wikipedia articles were no worse than for instance those published by the GALE databases–it is worthwhile adding that we had just hired a new chair partly on the basis of such bibliographic articles.”

Now that Michel has been awarded tenure, he’s turning his focus to the next step: taking up janitorial duties by becoming a Wikipedia administrator.

A tenured professor who wants to clean up after pranks and silly nonsense on Wikipedia? If only there were more of them.